Where are the Jews on Nazis in the CIA? 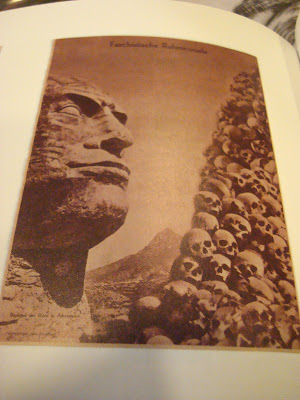 ... I don’t ask this question gratuitously or with any malicious intent. I even expect a few Jews may appreciate that I asked it. Indeed the ones I’ve asked before had no idea of the facts surrounding the question telling that me indeed it was a good question.

Here goes. First a little background. At the end of World War II, the United States entered into a the dark areas of foreign intelligence we’d always steered clear of before then. America was built as a haven for immigrants trying to escape the trappings of the royal games of Europe played since the dawn of time, actually from around the time Abraham and originates from.

Before WW II, we had the OSS, the Office of the Secret Service as our sole foreign intelligence agency. Before the war, the OSS didn’t do much. We were strong and independent with no dreams of expanding our empire beyond our own borders. We just wanted to be free and be left alone. After the war, we inherited responsibilities in Europe and around the world that expanded our vision beyond where we had the background to understand or talent to control.

Meanwhile we held in our hands the fate of thousands of Nazi intelligence officers who served under Hitler. They had been allowed to expand their intelligence network with little oversight or moral perimeters because Hitler was using them to aid him in taking over the world. Some wanted to put them on trial while other wanted to put them to work for us. In the end, we built a new agency around them that became our primary source of information in Europe, the CIA.

Conspiracy theory? No way. It’s a matter of public record, in fact a very popular one referred to as “Project Paperclip.” In fact a recently published cable TV History Channel documentary explores how ex-Nazi intelligence officers making a very good living working for us fabricated the cold war out of the Soviet Union’s rusting military to insure an ongoing need for them to secure us against a common threat. And of course our leaders had fallen in love with the threat of Russian tyranny to defend us against because of the massive military infrastructure they got to build using trillion dollar budgets to do it with.

This is the description given for the content of “Conspiracy?: CIA and the Nazis”

“Six months after Allied Forces liberated German concentration camps, a military tribunal formed at Nuremberg to prosecute Nazi war criminals. Some of the most dangerous were brought to justice--but not all.”

“CONSPIRACY? reveals how over 4,000 former Nazis went to work for the U.S. government, without the public's knowledge, to help fight the Soviet Union. Reinhard Gehlen, an intelligence officer for Hitler's General Staff, was tapped to head the U.S. intelligence program in West Germany to spy on the Russians. At the same time, former Nazi scientists and engineers were welcomed onto American soil. But the extent of these operations is only now becoming clear: In 1998, a law was passed mandating declassification of documents concerning recruitment of former Nazis. CIA AND THE NAZIS examines these files to see how far the U.S. went in recruiting its former enemy to fight its new one.”

The question is why haven’t Jews ever said anything about this?

The CIA is run by Nazi’s. Since we were stupid enough to let our most sensitive agency be run by the enemies of mankind, it shouldn’t be a surprise that the CIA causes us so much trouble all over the world. And after having made this mistake, its even understandable that we would keep it secret to avoid the disgrace we would face if the whole world knew that we are a free people actually being manipulated by an evil agency in our own government that we can’t reign in without everyone finding out how we allowed this to happen.

But why haven’t Jews raised concerns about this inescapable fact so all the world knows what is really going on behind the scenes of our intelligence industry? I mean that as a serious question that demands a serious answer. I don’t mean to imply there’s a reason behind why they haven’t taken action on this issue which points to a secret collaboration between Jews and Nazis. I just want to know the answer to fill in the gaps of the story the History Channel documentary left out. It boggles my mind whenever I think about it. It just seems impossible for this to have ever happened. Even of we had been stupid enough to consider letting Nazis run our clandestine foreign affairs, I would have thought the voice of the Jewish people would have nipped it in the bud before it ever got off the ground.

But even now, whenever I cross the Potomac River on the 395 Northbound bridge into Washington DC passing the Holocaust Museum as I enter the Mall between the Washington Monument and US Capitol near the White House, which is a just a few miles from the headquarters of the CIA, it confuses me for a few days because the Jewish community is still silent on this issue. Maybe they haven’t really picked up on the link. I have even brought it up to a few conspiracy theorists who themselves were startled that they hadn’t ever asked themselves the same question.

It’s just that, well,,, I think it might be important. I think maybe we need to look at it seriously. I’m not an expert in this kind of thing. It just seems that if the CIA was built to house Nazis, that might be why they cause so much trouble around the world. I mean just think about what the world might be like now if the CIA had not been built with Nazis as it central controlling authority. Then it might be the kind of world we would recognize as being more American than it is now representing the kind of values we as citizens think our country stands for. But our intelligence industry seems to have its own agenda that doesn’t seem to work well for us where the world looks at us as citizens with praise but hates our foreign policy.

I guess what I mean is rather than asking a potentially uncomfortable question about why Jews have been silent on this topic so far is to ask them to raise the Nazi running the CIA issue now since they have every right to. Then we can put pressure on our leaders to clear our intelligence industry of the kind of nefarious motives and bad habits towards other countries that have been causing us so many problems over the last 60 years. We built this nation to give free-minded people a place to come to get away from the same kind of evil we employ to run our most sensitive foreign affairs agency. So it’s no wonder the world has such a love/hate relationship with us.

My view is that everything would change if we challenged the approach our intelligence agencies use to manage our clandestine affairs as they learned it from Hitler’s henchmen. I ask myself what we would have taught the world if we hadn’t gone down the dark road we’re dead-ended on now. The answer is we obviously wouldn’t be where we are now, we would be living a totally different world. And the way we arrived where we are now still hasn’t been properly addressed so how are we going to go back the other way. It just seems that for us to escape from the prison camp we’re allowing to be built around us now, we need to acknowledge how we got here. The only people that have a right to table this issue and demand change is Jews. That’s why I ask the question, which is why haven’t they done it already?

I mean I’m asking the question of how we found ourselves letting Nazis run our intelligence industry but no one is going to listen to me. When Jews make a lot of noise, the world listens. This just seems like one of those issues that Jews would raise like they have over lesser seeming threats concerning ex-Nazis in the past. And their being vocal on those matters has always lead to debate and change. So I’m asking why is there silence on this particular aspect of the remnants of Hitler’s Germany when it might be the very reason why we have so much trouble getting along with the rest of the world.

Personally I think it’s impossibly insane that Jews have not alerted the world about this story. Sometimes I wonder if I’m in a prolonged nightmare because it’s the only way I can explain how this could have happened. Whatever the answer is, I wish Jews would bring attention to it now. A lot of us who don’t like the way the CIA set us up as the rest of the worlds enemy would likely get behind a push to force more transparency on what’s really driving all the problems that threaten our future.

It’s not complicated. Thousands of the most notorious Nazis in the world were employed to run the CIA. The CIA has followed policies that are counterproductive to our goals and alien to our way of life. This issue has never been properly vetted. It needs to be. Jews can make it happen. So why aren’t they?