Toto Constant - A Menace to Society 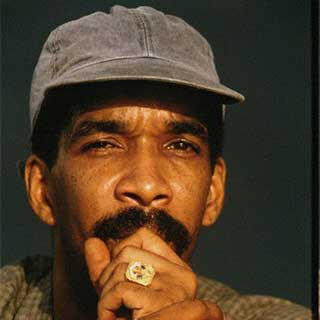 " ... He is a criminal mastermind responsible for wide spread murder and mayhem in his home country. His close ties to the CIA allowed him to evade justice for his crimes in Haiti. ... "

These crimes are of course despicable, even abhorrent given the effects of the housing crisis, but in and of itself the story is not news.

What makes this story newsworthy is the criminal himself and the story of how he came to live in Brooklyn. Toto Constant is no average migrant and no average criminal. He is a criminal mastermind responsible for wide spread murder and mayhem in his home country. His close ties to the CIA allowed him to evade justice for his crimes in Haiti.

In 1990, Haiti held its first democratic elections. After years of dictatorship, sponsored in part by US tax dollars, the Haitian people finally had an opportunity to vote for a government that would represent their interests.

While President Aristide was popularly elected, the people's decision was not so popular with the powers in Washington or Haitian elites. On September 30, 1991, just seven months after his election, Aristide was ousted in a military coup d'etat.

Over the next three years, the military embarked on a reign of terror against popular leaders and anyone else in Haiti who challenged their power. The military junta had a lot of help.

Immediately after the coup the paramilitary group, the Front for the Advancement and Progress of Haiti, FRAPH was formed under the leadership to Toto Constant.

Constant was sadistic. He personally oversaw the torture and murder of countless impoverished people living in Haiti's slums, the base of Lavalas support. Constant has been implicated in the burning of Cite Soleil, Port au Prince's largest slum.

In 2000, Haitian court found Constant guilty in absentia for the 1994 Raboteau Massacre. The Massacre was a part of a nation-wide policy to pursue pro-democracy advocates. On April 22, the military authorities and Constant's men went house to house looking for pro-democracy advocates and their families. Those who were found arrested, tortured or shot. As people fled to the sea, the military and paramilitary officials commandeered fishing boats to shoot people fleeing on the sea.

After Aristide was restored to Haiti, Constant slipped into the US, "undetected" by authorities. In the mid nineties, there were several Constant sightings. Haiti refugees, many who fled the death squads just a few years prior, would see him living freely and openly in New York City. Imagine the horror of seeing your torturer walking down Broadway!

The Department of Justice eventually picked up Constant and placed him in deportation proceedings. The Haitian government was adamant that Constant would be tried for his crimes against the Haitian people.

Just days before his scheduled deportation, Constant stated in a television interview that if he was deported he would describe in full detail the CIA's role in the FRAPH organization.

Scornfully, Constant never deported and later was released from the government's custody. He remained living freely in New York City until his 2006 arrest.

It is with this history that we come to Constant's crimes against the people of New York. In a time where hard working people are falling prey to swindlers and predatory lenders, Constant's crime of fraud is shocking to our conscience.

But it was through loopholes created by injustice that he was allowed to evade prosecution in Haiti only to victimize another day. I am glad to see Toto Constant answer for his crime in New York but we will only see true justice when he is behind bars in his native Haiti.

http://www.louisianaweekly.com/weekly/news/articlegate.pl?20080811u
Posted by Alex Constantine at 9:49 AM