In this story: Loans went to Auschwitz rubber plant 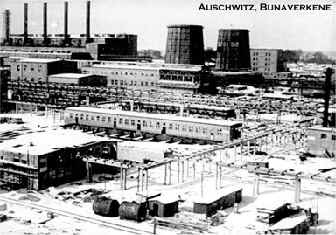 FRANKFURT, Germany (CNN) -- A Deutsche Bank official on Saturday dismissed allegations that the bank was hiding evidence of financial dealings with the Nazis.

Responding to the accusations by the Simon Wiesenthal Center in Los Angeles, spokesman Walter Schumacher said the bank is actively making public what it knows about its history during the Nazi era. "We will also quickly make public the results of research that become known to us," he said.

He also said the bank had loaned $250 million to a firm it knew was building a slave labor rubber plant inside the Auschwitz concentration camp. Hier said Deutsche Bank knew far more than it was making public. ...

The bank is also planning to acquire U.S.-based Bankers Trust Corp. in the spring. Schumacher said it was not known whether the case of payments to Holocaust victims might delay the planned acquisition. 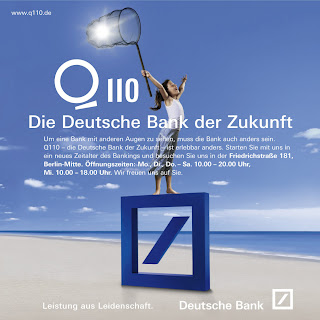 On Thursday, Deutsche Bank officials said they were "extremely shocked" by the finding of loan documents that revealed a branch in Nazi-occupied Poland had helped to finance construction of Auschwitz and other Nazi projects.

In a Saturday interview with Saarland state radio, Ignatz Bubis, chairman of Germany's Central Council of Jews, said he did not believe the reports about Deutsche Bank would improve Nazi victims' chances for compensation.

The reports simply show "that more or less most (German) companies had connections with the Nazis," at the time, Bubis said.

Manfred Pohl, director of the bank's historical institute, said other newly discovered documents included loans to I.G. Farben, which built a rubber plant at Auschwitz, and account records for the Gestapo. Pohl said it was the first time Deutsche Bank had been directly linked to financing of companies involved with Auschwitz.

But Heir said much of the information was known soon after World War II. A November 1946 report detailing an Allied investigation of the Deutsche Bank recommended it be liquidated and its leaders indicted and tried as war criminals, Heir said.

Heir claims the Deutsche Bank report and its indictment recommendations were "deep-sixed" because of Cold War expediency.

The Allies needed the financial acumen of Deutsche Bank's top officials to help rebuild West Germany and to keep it from Communist-controlled East Germany, Heir said.

The Wiesenthal Center obtained the report in 1983, using it to protest the Vatican's hiring of Hermann Abs, the chairman of Deutsche Bank during and after the war. Abs was briefly interned after the war, but later played key roles in implementing the Marshall Plan and reconstructing West Germany's economy. He died in 1994 at age 92.
Posted by Alex Constantine at 11:37 AM