US Deceptive Q2 GDP Based on Fraudulent Price Deflator 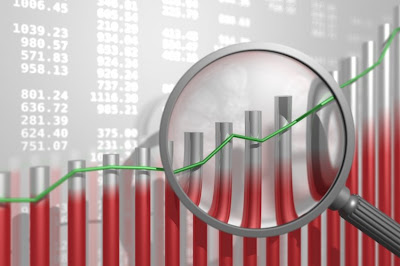 It is hard to find much positive regarding the gold trade lately. The attacks have been multi-faceted during the weak late summer season. So resort to something of value: THE TRUTH. As Ralph Waldo Emerson once said, “The greatest homage one can pay to the truth is to tell it.” When the US financial lattice work was showing clear signals of near total destruction, if not simple decimation, when USGovt bailouts seemed certain to cost in the trillion$ from mortgage agency rescues and FHA mortgage loan mulligans (second chance shot in golf), when US banks seemed caught in a race to raise more cash for equity from friendly foreign fools who fail to read the news, when the USEconomic recession has been turning broad and deep, when General Motors and Ford seem caught managing their death process toward a certain bankruptcy, THE USGOVT NEEDED A REALLY GOOD LIE FROM WHICH TO BUILD A DOLLAR BOUNCE.

The Q2 report for the US Gross Domestic Product was a Gross D eception Perpetrated upon the world. The degree of its inherent lie was staggering to be sure, powerful in its impact. The acceleration of the economic recession is as grandiose as the official lie was grotesque. The importance of the accepted lie was momentous, enough to generate a significant USDollar bounce.

The story told at home in the Untied States was that the USEconomy would be the first to exit the troubled times since first to enter it with the explosion of the subprime mortgage crisis last August. The story told at home was that the Untied States is the only nation to eek out some positive growth, while Europe (including Germany), England, and Japan are officially showing negative GDP readings for the first time. The story told overseas was that the US has come clean on bank balance sheet damage, when the USGovt has finally installed powerful rescue plans to deal with the problem. Not a single theme is true. In fact, the lies have grown worse and the public scrutiny of the lies has grown almost totally absent.

The mechanism used to lie was the same trusty device relied upon in the past: LIE ABOUT INFLATION. Students of economics statistics seem to be asleep, all except the Shadow Govt Statistics folks, who never seem to be duped, as in EVER! The actual stat series involved in the official number crunching is called the Deflator. It is supposed to remove price inflation from the nominal growth. It seems to me that since the USGovt hack charlatan conmen dishing out numeric doctored statistics decided to call it a DEFLATOR so that sleepy people (including network anchors) do not realize that it is the exact same concept as the PRICE INFLATION INDEX in its ideal design. So the Deflator does not resemble the Price Inflation indexes at all, in practical numbers. That should raise questions, but this nation prefers headline news to detailed news. Let's just take the official doctored CPI data and demonstrate the lie for the Gross Domestic Product in 2Q2008. The exercise shows how silly obvious the lie is, even shows how grossly inconsistent the USGovt statistics are.

IS ANYONE AWAKE OUT THERE IN THE FINANCIAL NETWORK MEDIA???

The CPI for the months of the second quarter 2008 showed April at +0.2%, May at +0.6%, and June at +1.1%, ending with the highest sequential increases in a long time. The Q2 period was precisely when everyone including network anchors was expressing alarm at the high cost of everything, from food to energy to utility bills to shipping charges, extending to industry feedstocks, even to import prices from China. The Dow Chemical pair of 25% price rises was in the news. All these seem forgotten when the kooky klutzy GDP was released. The July CPI was again high at +0.8% but that is not the second quarter. So for the heavily doctored CPI in Q2, a simple average is +0.6% on the sequential calculation comes out. By the way, the sequential method enables even more nonsense to be built in, since changes from month to month are notoriously unstable.

Annualize the CPI for this simpleton 0.6% average, and one gets about a 7% recent growth rate. The changes in consumer prices compared to a year ago have been in the 4.5% to 5.5% range. Oh heck, let's just say the official doctored inflation for Q2 was a nice flat 5% for simplicity. And when it comes to USGovt statistics, simplicity is always a good idea. Their worker bees actively seek out methods to render the calculation complicated enough to confuse almost everybody. They like the geometric averages, the hedonic quality adjustments, the substitutions, all that crappola that the public does not comprehend, does not care about, and thus tends to trust the CPI more. The USGovt agencies must know what they are talking about, right?

The official US Gross Domestic Product report last week was an exercise in extreme corruption on the statistical front. It stated a +1.9% GDP growth rate for 2Q2008, in an exercise in pure unadulterated propaganda deception worthy of the annals of history. Even Nazi Germany's Josef Goebbels would be proud. Tell a lie often enough, loud enough, and the public will believe it. They tell inflation and growth lies repeatedly. The corollary is to tell the big lie precisely when the system is most vulnerable and needs some good news. The public and investment community will latch onto it with glee, and not bother to check to see how ridiculous and absurd the story is. Then defend the ramparts, sell the story, and move on. After all, the past is revised toward reality, but often ignored since a lagged story. The future is where to plant the big lie, since it moves the markets. ...