Fleming had a hand in shaping OSS and CIA 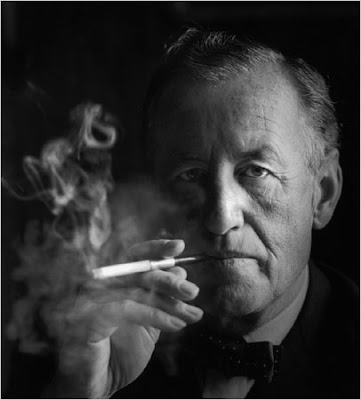 A good decade before Agent 007 took on his first case, during World War II, part of Fleming's work with Naval Intelligence was with Gen. William "Wild Bill" Donovan, head of the Office of Strategic Services or OSS, America's wartime answer to Britain's MI6.

When Donovan was ordered to begin preparing plans for a new U.S. intelligence service in 1941, which became the OSS, he asked Fleming to write him a blueprint, The Times of London said.

The resulting 72-page memo on how a U.S. service might look contains a description of the ideal secret agent, who sounds a lot like James Bond.

His perfect secret agent, the Times said, "must have trained powers of observation, analysis and evaluation; absolute discretion, sobriety, devotion to duty; language and wide experience, and be aged about 40 to 50."

The OSS, after the war, became the CIA. And, the memo to Donovan is on display at London's Imperial War Museum as part of the exhibition For Your Eyes Only: Ian Fleming and James Bond.