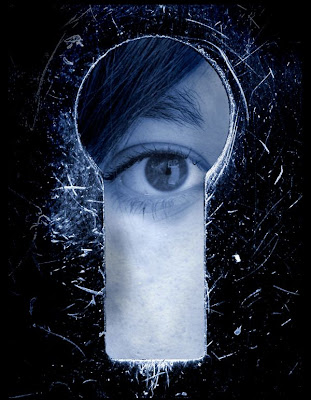 Washington - Federal lawmakers are scrutinizing the Homeland Security Department's role in efforts by Maryland State Police to spy on peace activists and death penalty protesters, raising concerns that the operations were supported with federal dollars.

Rep. Bennie G. Thompson, chairman of the House Homeland Security Committee, asked the department yesterday for a "full accounting" of actions by the state police and of any federal funding it provided to the law enforcement agency. In a letter to Michael Chertoff, the department secretary, Thompson questioned whether the covert operations violated constitutional safeguards.

The state police have come under fire for surveillance conducted on protest groups in 2005 and 2006 during the administration of Gov. Robert L. Ehrlich Jr. Documents detailing those activities were released last week by the American Civil Liberties Union, which had filed a lawsuit seeking the information. The state General Assembly is also planning hearings on the matter.

"These allegations are extremely troublesome and bring to light past domestic covert operations, which were found to be not only unconstitutional but also damaging to the rule of law and America's democratic principles," Thompson, a Mississippi Democrat, wrote in his letter. He added that funding of the state police actions with federal taxpayer dollars would constitute "a waste of valuable resources, both human and financial."

"I was shocked that the state of Maryland ... would have that kind of activity going on," Cummings said. "And it makes me wonder how all of this came about. Is this truly in the name of homeland security? We must always protect our homeland, but we must also at the same time protect our constitutional rights."

The ACLU and civil liberties activists have warned for years that the Homeland Security Department's efforts after the Sept. 11 terrorist attacks to give local law enforcement agencies a national security role could encourage unwarranted investigations of private citizens. ACLU officials have said the Maryland case is reminiscent of the FBI's infiltration of civil rights and anti-war groups decades ago.

"The Department of Homeland Security has for quite some time been seeking to enlist local law enforcement to become domestic surveillance agencies and has been pouring literally millions upon millions of dollars into them," said David Rocah, a staff attorney with the ACLU of Maryland.

"These local agencies then have a need to justify the extraordinary amount of funding that they are getting, and in the absence of actual terrorists, they have to find a terrorist under every rock," he said.

Col. Terrence B. Sheridan, the state police superintendent, has denied that any illegal actions have been taken by state police against lawful protesters. Gov. Martin O'Malley, a Democrat, has said the operations ended before he took office in January 2007.

State police spokesman Gregory Shipley said public safety concerns prompted the surveillance and that he had not been briefed on information regarding federal funding.

"In the future, this certainly will not occur unless there is some sort of illegal activity or criminal nexus that is part of the investigation," Shipley said. "There just won't be any intrusion unless that is present."

Ehrlich, a Republican, said in an interview on WBAL-AM that he was not asked to give approval for the surveillance but that an assistant attorney general assigned to the state police approved it. However, Raquel Guillory, a spokeswoman for Attorney General Douglas F. Gansler, said the state police never requested the agency's opinion on the matter.

The Maryland operation has drawn scrutiny from several corners of Capitol Hill. Rep. Dennis J. Kucinich, who chairs a subcommittee of the House Committee on Oversight and Government Reform, said last week that he would investigate the surveillance.

The Ohio Democrat and former presidential candidate is known for his antiwar activism, his legislation to impeach President Bush and Vice President Dick Cheney, and his efforts to create a federal Department of Peace. He said he wants his subcommittee on domestic policy to determine the extent of the spying and who ordered it.

"Most people would be upset to know that police were spying on lawful citizens and infiltrating peaceful organizations, rather than chasing down real criminals," Kucinich said. "At a minimum, such police spying is clearly a waste of taxpayer dollars and a diversion from the mission of protecting and serving the people."

Cummings, a member of the subcommittee, wrote Kucinich yesterday to express his support.

"At a time when people across the United States believe their civil rights are being violated and question the credibility of our justice system, it is imperative that we make clear that this behavior will not be tolerated," the Baltimore Democrat wrote. Cummings said he has also asked O'Malley to review the matter.

According to the ACLU, which released 43 pages of state police summaries and computer logs, at least two undercover agents spent 288 hours monitoring and recording peaceful protest activities. During that time, agents infiltrated the Baltimore Pledge of Resistance, a peace group; the Baltimore Coalition Against the Death Penalty; and the Committee to Save Vernon Evans, a death row inmate.

The ACLU said that nothing in the documents indicated criminal activity or intent by the protesters. Police also entered the names of activists in a law enforcement database of people suspected of being terrorists or drug traffickers, the documents show.

Maria Allwine, a member of Baltimore Pledge of Resistance, said that she hopes congressional action will pressure state officials to release other information, including why the spying was ordered, and result in safeguards to prevent such surveillance. She said lawmakers should examine laws governing the release of public information, noting that her group has been trying to obtain answers through formal requests since 2006.