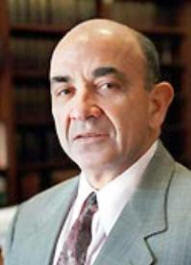 A federal judge said Monday he was prepared to hold the Central Intelligence Agency in civil contempt over the destruction of videotapes in which high-level al-Qaida detainees were interrogated abroad.

But the judge, the Southern District of New York's Alvin Hellerstein, said at a hearing that he would give the government 10 days to produce a declaration to convince him why he should refrain from a contempt finding and from ordering production of a list of the tapes, information on witnesses and any documents or memoranda relevant to the Freedom of Information Act request of the American Civil Liberties Union.

The original lawsuit filed by the ACLU in 2004 sought to enforce a Freedom of Information Act request on possible deaths and mistreatment of prisoners, and the so-called extraordinary rendition of terror suspects to countries that use torture.

Hellerstein issued an order in the case, but the 2005 destruction of the tapes, ostensibly because they contained no further intelligence value, triggered outrage in Congress and a claim by the ACLU that the destruction violated the court order.

On Jan. 2, 2008, Attorney General Michael B. Mukasey appointed John H. Durham as acting U.S. Attorney for the Eastern District of Virginia to supervise the federal criminal investigation into the tapes' destruction.

In June, Durham submitted a declaration to the judge in which he said adjudication of the civil contempt proceedings would interfere with the criminal investigation, part of which included whether the "destruction violated any order issued by any federal judicial officer," including Hellerstein. Durham requested a stay until the probe was complete and estimated he needed "at least six more months."

But Amrit Singh of the ACLU said the judge should issue a contempt order and instruct the CIA to turn over a list of the number of tapes, information on witnesses, information on whether any effort was made to reconstruct the contents of the tapes and any memos or transcripts that may shed light on the destruction.

Hellerstein said he was still troubled by the matter of intent and wondered aloud whether he could issue a civil contempt finding absent a showing the tapes were willfully destroyed.

Singh answered that "intent is irrelevant in civil contempt."

She added, "You can rule on that without any kind of witnesses."

Skinner, the prosecutor, said that under the case law the order to produce must be clear and noncompliance must be shown by clear and convincing evidence.

Hellerstein said the second element "implies some willfulness," adding that he will decide that issue. He also expressed some frustration over an investigation that is already "eight months old."

At a January hearing, the judge faulted the CIA for the tapes' destruction and expressed disbelief agents would destroy them at a time when the agency was conducting its own internal probe into the matter.

At that time, the judge said he would not hold the agency in contempt because it would serve no purpose, and Singh said the ACLU was less interested in a contempt finding than in production of the information and the integrity of the Freedom of Information Act.

But Monday the judge said he found it hard to believe the remedy sought by the ACLU, including a list of the number of tapes, would interfere with the investigation.

In what he called an "abstract ruling" instructing the government to prepare for a contempt ruling, the judge told Skinner and Lane to get ready to produce most of the information sought by the ACLU unless a second declaration from Durham convinces him otherwise.

Skinner said a catalogue of tapes is "not part of the public record at this point." And Durham expressed concern that even producing a list of the tapes would enable witnesses to change or shape their stories before a grand jury.

"I'm not asking for the contents, just a catalogue," the judge said. "I can't see how that would interfere with the investigation."

He later added, "I want to know why this court should continue to stay its hand. So far I've done nothing because I've deferred to the special investigation and, in that respect, I'm wrong. I want to know what the universe is."