MK-ULTRA's Louis "Jolly" West & the First Elephant Ever Given LSD 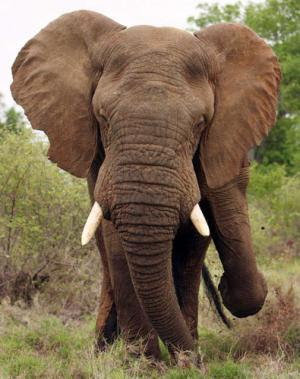 Tusko: the first elephant ever to be given LSD

Tusko the elephant led a peaceful life at the Oklahoma City Zoo. So, on the morning of Friday 3 August 1962, he could hardly have foreseen that he was about to become the first elephant ever to be given LSD.

The experiment was the brainchild of two doctors at the University of Oklahoma School of Medicine, Louis Jolyon West and Chester M Pierce, and Warren Thomas, director of the zoo, who wanted to learn more about LSD's pharmacological properties.

LSD is one of the most potent drugs known to medical science. A mere 25 micrograms – less than the weight of a grain of sand – can send a person tripping for half a day. But the researchers figured that an elephant would need more than a person and they didn't want to risk giving too little. They upped the dose to 297 milligrams, about 3,000 times the level of a human dose.

At 8am, Thomas fired a cartridge syringe into Tusko's rump. Tusko trumpeted loudly and began running around his pen. Then he started to lose control of his movements, and toppled over. His eyeballs rolled upward. He started twitching. His tongue turned blue.

What had happened? Had the LSD concentrated somewhere in Tusko's body, increasing its toxicity? Were elephants allergic to LSD? The researchers had no clue. An autopsy determined that Tusko died from asphyxiation – his throat muscles had swollen, preventing him from breathing. But why his throat muscles had done this, the researchers didn't know. In an article published a few months later in Science, they simply noted: "It appears that the elephant is highly sensitive to the effects of LSD." ...