New York: Protest Against RFID in Clothing and Shoes 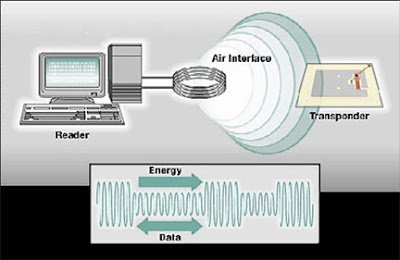 Protest Today Against RFID in Clothing and Shoes
RFID WHERE? You'd better look at your shoes, socks and underwear!

Protesters will gather today in Manhattan to greet attendees of the third annual "RFID in Fashion" conference, an event organized to promote the use of RFID in clothing and footwear. Dr. Katherine Albrecht, the Harvard-educated privacy campaigner featured in the film "Freedom to Fascism" and co-author of the bestselling book "Spychips," will be on-hand to speak to attendees arriving for the opening keynote this afternoon at NYC's Fashion Institute of Technology.

Albrecht planned today's protest after discovering the conference would promote the use of RFID in individual clothing items. Known as "item-level tagging," the practice of placing RFID tags on consumer items (rather than on crates or pallets in a warehouse) has been widely condemned by privacy and security experts.

Experts caution that such tags pose huge privacy and safety risks to the
public. Used to track inventory in warehouses, RFID tags can easily be
used to track people as well - a fact that can be exploited by marketers, government agencies, and criminals. IBM, for example, has patented RFID "person tracking units" for placement in walls and floors to allow marketers and government agents to secretly monitor people's movements. They suggest using the devices in public spaces like shopping malls, theaters, elevators, and restrooms once RFID is implemented at the item level.

"Consumers shouldn't have to worry about tracking devices being sewn
into the seams of their clothing or pressed into the soles of their shoes," said Albrecht. "We are putting apparel and RFID companies on notice that consumers will protest any item-level use of RFID on apparel."

"Consumer awareness and opposition to RFID has grown exponentially since
2003," Albrecht said. "Any U.S. company foolish enough to use RFID on
apparel will face stiff repercussions."

The RFID in Fashion 2008 conference website can be found at:
http://www.rfidjournalevents.com/fashion/
===========
ABOUT CASPIAN

CASPIAN (Consumers Against Supermarket Privacy Invasion and Numbering)
is a grass-roots consumer group fighting retail surveillance schemes since 1999 and irresponsible RFID use since 2002. With thousands of members in all 50 U.S. states and over 30 countries worldwide, CASPIAN seeks to educate consumers about marketing strategies that invade their privacy and encourage privacy-conscious shopping habits across the retail spectrum

Dr. Katherine Albrecht is widely recognized as one of the world's
leading experts on consumer privacy, retail issues, and RFID, or "Radio
Identification Technology." She holds a Doctorate in Education from
Harvard University, was appointed by NH Governor John Lynch to serve on
that state's two-year RFID study commission, and is the director of
CASPIAN, a 20,000 member consumer privacy organization she founded in
1999.
Posted by Alex Constantine at 6:23 AM