International Pedophile Ring in the News

BRITISH police were tipped off that Madeleine McCann had been snatched by members of an international pedophile ring who photographed her three days before she vanished, police files have disclosed. 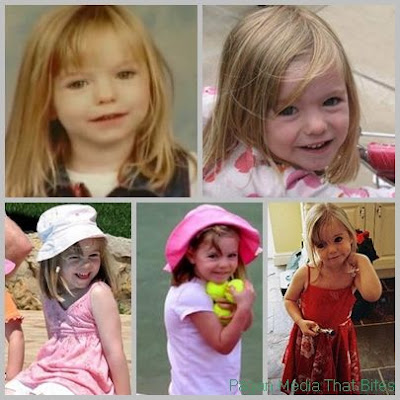 According to an email sent by the Metropolitan Police, a child abduction ring in Belgium placed an order for a "young girl". Three-year-old Madeleine was spotted while on holiday in Praia da Luz, Portugal, by someone connected to the gang, who took her picture. The photograph was sent to Belgium, where the pedophile ring agreed she should be abducted, the email stated.

Three days later, on May 3 last year, Madeleine was taken from her family's holiday apartment while her parents ate at a nearby restaurant. The revelation supports Kate and Gerry McCann's long-held theory that their eldest child might have been taken by a child-smuggling ring.

The email, sent by an intelligence officer on the Met's vice squad on March 4 to counterparts in the Portuguese and Leicestershire forces, is a significant development in the case.

Last month Portuguese police closed their investigation and cleared the McCanns, of Rothley, Leicestershire, of involvement in their daughter's disappearance.

Detective Constable John Hughes, from Leicestershire Police, forwarded the email to the Policia Judiciaria at Portimao in the Algarve on April 21, the files showed. The next day it was sent to Ricardo Paiva, one of the three Portuguese police officers leading the investigation.

On April 28, Portuguese police faxed the information to Interpol in Lisbon and asked it to investigate urgently. Interpol replied on May 23, passing on all information gathered from its bureaus in Britain, Belgium, Germany and Finland.

On May 27, Interpol sent an urgent fax to Portuguese police asking for more information, but an undated return fax told them they had all the information there was. The inquiry was shelved on July 21.

Belgium has already featured in the case. Madeleine was allegedly seen last August in Tongeren, but the sighting was later discounted. The country was at the centre of one of the most notorious pedophile investigations of recent years. In 2004 Marc Dutroux was jailed for life after being convicted of kidnapping, raping and murdering young girls.

A MELBOURNE rugby coach is getting his life back together after three judges in Chile cleared him on charges of child pornography last week.

Gatis Puide said he was "overjoyed and relieved" at the verdict after enduring a 12-month ordeal since being arrested in August last year.

"There's nothing worse than having your name linked to something like this. It would probably have been better to be charged with murder than anything to do with children," said the 57-year-old.

Mr Puide had been training teams at one of South America's most exclusive schools when police raided his home in the Pacific coast town of Vina del Mar, about 120 kilometres north-west of the capital Santiago, and examined his computers.

Chilean police claimed to have acted on a tip-off from detectives in Vienna, Austria, in relation to a pedophile ring that had a member in Vina del Mar. This link was not explained in Monday's court case.

While police found a file that contained images of naked women, prosecutors never proved that any of the photos were of under-age girls or that Mr Puide, who was brought up in East Brunswick, had downloaded the images. After his acquittal, he said: ''It was clear that the file could have been accessed by any number of people who used my computer or that the pictures came in through a virus or from spam.''

Mr Puide said although he was always confident he would be found innocent, there were times when he worried whether he would get a fair trial.

Although twice offered a plea bargain by prosecutors in a deal that would have seen charges dropped in a year if he signed in with police once a week, Mr Puide, who has coached rugby in the US, Canada and Caribbean, as well as Australia, insisted on going to trial.

He is now looking forward to marrying his Chilean fiancee Lorena Carraso, whom he proposed to in a Nicholson Street restaurant, after twice having to postpone the ceremony.