Heath Ledger Update: Mary-Kate Olsen won't be Forced to Talk to DEA. But is the Case Closed? 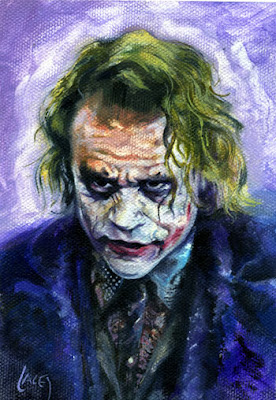 Mary Kate Olsen will not have talk to the nasty DEA about where her close friend Heath Ledger may have gotten the drugs that killed him in January.

His body was found In his New York apartment by Olsen's masseuse, who then called Mary-Kate, who promptly sent over her bodyguards instead of an ambulance. According to a story from the Associated Press, a law enforcement official said Wednesday that federal prosecutors in the U.S. attorney's office in Manhattan have decided not to pursue a criminal case into Ledger's drug-related death.

This followed the reports earlier this week that Mary-Kate had refused to talk to the Drug Enforcement Administration without immunity. The DEA had obtained a subpoena that could have forced Olsen to talk. She denied any knowledge of Ledger drug connections.

But the subpoena, which was issued in April, is now toothless and useless because the prosecutors will not continue to pursue the case, according to the official.

With the prosecutors out of the picture, the DEA is off the case. And Mary-Kate is off the hook.

What do you think? Is this for the best? Should the DEA leave that poor l'il Olsen twin alone?

Or will we always wonder what Mary Kate knew? And why she wanted immunity...

The investigation into Heath Ledger's death has been closed after prosecutors decided not to pursue a criminal case.

Prosecutors in the US Attorney's Office in New York had been overseeing a Drug Enforcement Administration investigation into whether the painkillers found in Ledger's body - oxycodone and hydrocodone - were obtained illegally.

But the prosecutors have dropped the case as they "don't believe there's a viable target". The decision comes after recent reports actress Mary-Kate Olsen was demanding immunity before answering questions about the death of her close friend and his drug use.

Reports claim she was the first person called by a masseuse who found the 28-year-old Dark Knight actor dead in his Manhatten apartment. The DEA had obtained a subpoena that would have forced Olsen to talk, but it is no longer valid because it depended on prosecutors pursuing the case - although it could still be revived if evidence of a crime emerges.

Other drugs in his system, included anti-anxiety medication and sleeping pills, which were prescribed legally by doctors in California and Texas - it would appear a combination of the drugs, and not an excess of any one drug in particular killed the star.

Ledger's body was discovered on January 22 by the masseuse who police say spent nine minutes making three calls to Olsen before dialling 911 for help, then called her again after paramedics arrived.

At some point, Olsen, who was in California, summoned her personal security guards to the apartment to help.

Ledger was nominated for an Oscar for his role as a gay cowboy in 2005's Brokeback Mountain. His portrayal of The Joker in Batman sequel The Dark Knight has been earning rave reviews.