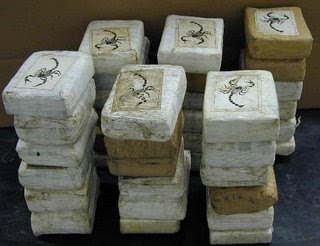 " ... The charges against Venezuela are, at best, US government propaganda that is being used to create a false impression that Venezuela is the culprit, when it is quite clear that it is the very US that is, without any doubt whatsoever, the guilty party in the business of drug trafficking on a global scale. ... "

... Sgt. John Galbreathe was stationed at the secret US Base in Suriname and had brought along his wife, his two daughters and his son to stay with him. The Sgt. had seen planes come and go at the base, all unloading drugs and materiel for the CIA and the Contras.

The CIA of course used the base to transport and distribute these drugs to countries in Latin America. The materiel brought in to the base was to arm and equip the Contras that were also receiving their training there. The Sgt. realized that the CIA was in the business of drug distribution throughout South America and that since the base was located in Suriname, no one from outside the US would have any inkling as to what was going on here and that included the US Congress and Senate. ...