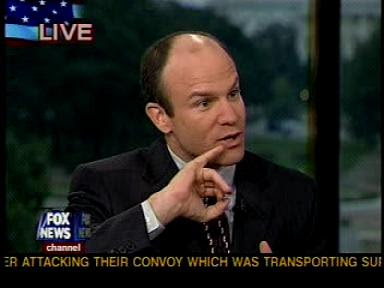 " .... Dezenhall Resources is a high-end corporate crisis communications firm known for its hard-hitting tactics and that prides itself on its discretion. Names of the firm’s clients rarely surface, but they have reportedly included the pharmaceutical firm Eli Lilly & Co, the oil giant ExxonMobil and the attorney for former Enron CEO Jeffrey Skilling. ... "

Pop star Michael Jackson was no stranger to Washington, visiting the White House twice at the height of his career and performing for Bill Clinton’s inaugural.

But Jackson’s ties to Washington actually ran much deeper – in connections to two prominent firms that he turned to for advice in handling child-molestation charges in the early 2000s and the public relations aftermath.

Jackson’s legal team hired a well-known Washington firm, The Polling Company, a Republican-leaning firm that has conducted surveys for American Express, Boeing, and Microsoft among other corporate clients, to test public impressions of the troubled singer.

And a high-powered but secretive crisis communications firm, Dezenhall Resources, worked with Jackson’s legal team in the months before the allegations of molestation became public to help anticipate potential lines of media inquiry and craft strategies to deflect media attacks.

“The crisis-management objective was acquittal through reasonable doubt, and it was achieved,” said Eric Dezenhall, who co-founded the firm that bears his name in 1987. "Restoring the iconic status of his name was never on the table."

The work of the two firms – which has not been disclosed before – illustrates the degree to which modern celebrity scandals have taken on all the earmarks of political campaigns, complete with Washington-style polling efforts and rapid-response tactics in the media. Their role is little known or understood, largely because their operations are often hidden behind layers of nondisclosure agreements and attorney-client confidentiality.

But pollsters are often used to help attorneys make arguments about jury selection and change of venue motions, as well as testing potential lines of attack against accusers. And Washington’s culture of campaign-style rapid-response communications lends itself well to high-profile celebrity scandals, which also are often a battle for control of public opinion fought out on a minute-by-minute basis in the media.

In later years, Jackson had two other ties to the Washington area: public affairs consultant Raymone Bain became a spokesperson for the pop star, and later the president of The Michael Jackson Company LLC. Bain did not return a telephone call for comment.

And in the summer of 2007, Jackson startled passers-by on 7th Street as he made his way into the offices of the Venable law firm’s offices there. Fox News reported at the time that Jackson was there to give a deposition in the $30 million lawsuit brought by his former manager.

Kellyanne Conway, president and CEO of The Polling Company, says she never became an insider in the Jackson camp, and never met the star himself. But she says her work on the case gave her new insights into how the public responded to the conflicting portraits painted of Jackson the man, and Jackson the singer.

Conway says her poll results found – surprisingly – that the lurid allegations made during the child-molestation trial were barely denting the public’s impression of a star who had been a national celebrity from the time he was five years old.

“Top-of-mind associations for him – even after the trial – wasn’t ‘pedophile,’” said Conway. Instead, when asked for a word to describe Michael Jackson people offered the name of a specific song, the name of his ex-wife Lisa Marie Presley, or his famous dance move, the Moonwalk.

“People were acutely aware that he was constantly surrounded by hangers-on and gold-diggers,” recalled Conway. “There was a certain sympathy for a private, private man who would never have peace or privacy.”

" ... Dezenhall Resources, meanwhile, focused on providing Jackson’s lawyers with tips for handling the media and talking on a behind-the-scenes basis with reporters covering the story once it broke in the media.

Dezenhall said the biggest challenge of working with Jackson was that the media could never be sure who was actually speaking for the star, and who was simply trying to get attention for themselves. “No fewer than fifty people were embraced by the media as credible sources, and no fewer than a dozen claimed management authority,” he said.

But ultimately, Dezenhall said, Jackson’s success was in his own hands. “There were Shakespearian forces at work here. You can’t protect these people from themselves.”

At times, the media spectacle surrounding Jackson overwhelmed Dezenhall’s efforts to do damage control. “It was not my idea for him to moonwalk on the car,” Dezenhall says, recalling the 2004 incident in which Jackson climbed onto the roof of his SUV after pleading innocent on molestation charges and danced for an excited crowd of fans.

“Frank Sinatra, Bob Dylan, Bruce Springsteen, they didn’t end up this way. Why not? The answer is it comes down to whether the client has executive skills. This poor guy, he was just a baby when he became a superstar,” he said.

Dezenhall Resources is a high-end corporate crisis communications firm known for its hard-hitting tactics and that prides itself on its discretion. Names of the firm’s clients rarely surface, but they have reportedly included the pharmaceutical firm Eli Lilly & Co, the oil giant ExxonMobil and the attorney for former Enron CEO Jeffrey Skilling.

Conway is a well-known figure in Washington political circles, who founded the company in 1995. In 2005, she co-authored a book with Democratic pollster Celinda Lake called “What Women Really Want: How American Women Are Quietly Erasing Political, Racial, Class, and Religious Lines to Change the Way We Live.”

She appears frequently on television as a commentator and analyst, but she has not disclosed her work for Michael Jackson before.

In her work for Jackson, Conway says, she saw many of the sentiments play out that are evident in the wake of the singer’s sudden death June 25.

“We found a real appreciation for the man and his music,” Conway said. “And a certain pity for his predicament.”