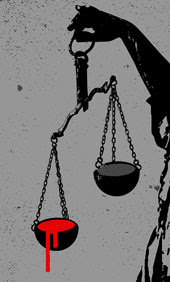 John Byrne, Raw Story July 30, 2009: "Secretary of State Hillary Clinton pressured the British intelligence service not to disclose evidence of alleged US torture of a British national, Britain's foreign secretary told the UK's top court Wednesday. Asked about the claim at a press availability by a BBC reporter Wednesday, Clinton declined to comment. 'I’m not going to comment,' Clinton said when asked. 'Obviously, the issue of intelligence sharing is one that is critically important to our two countries, and we have both a stake in ensuring that it continues to the fullest extent possible.' ... "
Posted by Alex Constantine at 6:59 PM