As I have tried to impress upon one and all with bumper-sticker simplicity: RUPERT MURDOCH IS A CIA PROPAGANDIST. This is mentioned NOWHERE and should be acknowledged EVERYWHERE. Conformist, CIA-programmed, status quo thinking doesn't begin to notice reality. An individual capable of independent thought begins by looking for telltale signs, say blood-thirsty CIA jackal Ted Shackley, who "had a good relationship with Murdoch when he was CIA station chief in Australia between 1972-75. This was around the time that Murdoch's fortunes changed."
http://www.politicalfriendster.com/showPerson.php?id=5818&name=Theodore-Shackley

And you consider: Perhaps the hideous Rupert Murdoch is not merely an independent "conservative" propagandist whose view of the world is parallel to General Pinochet's, but one deliberately installed to program public opinion. Could that be?

How did he really get to where he is today? No penetrating answers come from the status quo, ever.

Does anyone care that this "conservative" charlatan without a conscience is ushering in open fascist rule on a red carpet of lies? 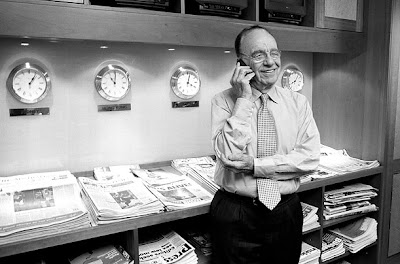 Murdoch is a former CIA heroin importer, the kind of man Americans adore. Today, he's the beloved programmer of Good Germans everywhere. Time to demand an independent investigation of state propagandists from Langley, because America may not survive them. - AC

"Bill Casey was one of the key men in the acquisition of media after WW2. It was one of his proteges (a young German immigrant to the US) who was sent back to Germany after the war to take over Bertelsmann and build it up. Rupert Murdoch was very tight with Shackley, which is how he got launched on his global acquisitions and has now taken over the WSJ. Murdoch was running a failed national newspaper in Australia while Shackley was station chief in Oz. Then suddenly he becomes a US citizen literally overnight and goes on an endless buying spree. Shackley's pockets were infinitely deep. At the time, Murdoch was facing the likely closure of his newspaper THE AUSTRALIAN. His ticket out was Shackley. This also explains why Murdoch was allowed to break all the rules in acquisition of media in America." 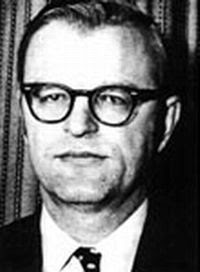 ... When Shackley was recalled in February, 1972, he was put in charge of the CIA's Western Hemisphere Division. One of his major tasks was to undermine Philip Agee, an ex-CIA officer who was writing a book on the CIA. The book was eventually published as Inside the Company, but did not include the information that would have permanently damaged the reputation of the CIA.

Shackley also played an important role in the overthrow of Salvador Allende in Chile. As his biographer, David Corn points out: "Salvador Allende died during the coup. When the smoke cleared, General Augusto Pinochet, the head of a military junta, was in dictatorial control... Elections were suspended. The press was censored. Allende supporters and opponents of the junta were jailed. Torture centers were established. Executions replaced soccer matches in Santiago's stadiums. Bodies floated down the Mapocho river. Due in part to the hard work of Shackley and dozens of other Agency bureaucrats and operatives, Chile was free of the socialists."

By 1975 he was promoted to Deputy Director of Operations, where he served under George H. W. Bush. He therefore became second-in-command of all CIA covert activity.

Shackley was a close friend of Edwin Wilson, an ex-CIA agent, who became an arms dealer. Wilson was jailed for shipping plastic explosive and detonators to Libya. Stansfield Turner, the head of the CIA, believed Shackley was closely involved in this affair and he was forced to resign. CIA chief, Richard Helms, reportedly said: Ted is what we call in the spook business a quadruple threat - Drugs, Arms, Money and Murder."

After leaving the CIA Shackley formed his own company, Research Associates International, which specialized in providing intelligence to business. He took part in the October Surprise which resulted in the American hostages in Iran being held until Ronald Reagan had defeated Jimmy Carter at the 1980 elections. Soon after Reagan was elected the hostages were released.

During the Ronald Reagan administration, Shackley and some of his former CIA friends, Thomas Clines and Richard Secord, became involved in the Iran-Contra affair. Clines was sent to prison but Shackley managed to escape prosecution. ....

http://www.sourcewatch.org/index.php?title=Theodore_Shackley
Posted by Alex Constantine at 11:32 AM