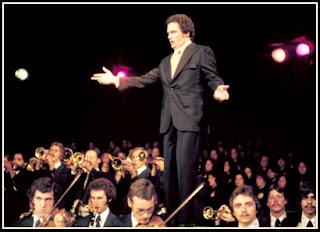 Can you believe it? - they've gone and put a "PROPHET" in chains for the lowest of venal sins, and all he wanted to do was get the Bible into them pre-pubescent, demon-bound, irresistable young tarts to redeem their profane little souls:

Convicted pastor says he's 'one of the prophets'

"... 'I'm just another one of the prophets that went to jail for the Gospel,' Alamo called to reporters afterward as he was escorted to a waiting U.S. marshal's vehicle.

"Shouts of 'Bye, bye, Bernie; — Alamo was born Bernie Lazar Hoffman — came from a crowd gathered on the Arkansas side of the courthouse. Some came from Fouke, the nearby town where Alamo's 15-acre compound sits. Others were former followers of his ministries in Arkansas, California and New York. ... "
http://news.yahoo.com/s/ap/20090724/ap_on_re_us/us_evangelist_child_abuse
****
Evangelist Tony Alamo Convicted of Child Sex Abuse
By JON GAMBRELL (AP)

The jury issued its judgment Friday in federal court in Texarkana, Arkansas. The jury found the 74-year-old Alamo guilty of all 10 counts he faced. The indictment accused him of taking girls as young as 9 across state lines as early as 1994.

Alamo had denied the charges, claiming they came from a Vatican-led conspiracy against his ministry. His apocalyptic tracts outline his hatred of the Vatican and his feared "one-world government." The Southern Poverty Law Center considers his ministry a "cult."

Tony Alamo faced his jury today as they rendered their verdict in the case against him. Alamo, the former pastor of the a multi-million dollar ministry, was found guilty of transporting minors across state lines to have sex with them. His victims were present as the verdict was read.

One of the women was reportedly 8-years-old when she was "married" to Alamo. Today the five women range in age from 17 to 33.

Alamo had nothing to say as the verdict was read but he made a point to tell reporters, as he was escorted out of the courthouse, "'I'm just another one of the prophets that went to jail for the Gospel." Um... no... that is not why he went to jail.

According to the Associated Press report, the defense lawyers for Alamo said that he was being persecuted "because [the government] doesn't like his apocalyptic brand of Christianity." Yeah, that's why he was brought to trial. Perhaps it was because they didn't like his brand of child abuse.

Though Alamo did not take the stand during the trial, it was said in the report that Alamo "told his followers God instructed him to marry younger and younger girls."

Alamo will face sentencing in about 8-weeks, though it was said that he would appeal the verdict. He could be sentenced to up to 175 years in prison.

I am left with a couple of questions after hearing this story. Where were the parents of these girls when all of this was happening and what was their part in all of this? Further, are they facing any sort of charges related to this case? Certainly, if they allowed or helped such things to happen to their daughters, they should be held accountable in the crimes as well.

TEXARKANA, Ark. — One by one, the women told the court a similar story. They were "married" to evangelist Tony Alamo as children or teens, pushed into the unions with the blessings of parents who believed it was the highest honor before God.

Their parents had been taught that Alamo was infallible, and with him the girls would have access to amenities like television, ponies, a swimming pool and a carousel — luxuries otherwise unattainable in their tightly controlled lives. But instead of spiritual happiness, the women allege Alamo preyed on them for sex at ages as young as 9 as their parents willingly allowed it or ignored the signs of abuse.

None of their parents have been charged, despite the litany of abuse the women detailed under oath as Alamo faces charges of taking them across state lines for sex when they were underage. Experts say prosecutors would encounter several challenges in accusing the parents of abuse or neglect, most notably in determining how much responsibility they had.

"Some of these parents may be viewed as victims as much as suspects," said D'Lorah Hughes, an assistant law professor at the University of Arkansas. "Alamo has a long history of treating his followers not well, and I think you could take the viewpoint that these people have been duped and have been in some way suckered in as victims."

FBI agent Randall Harris, who led the Alamo investigation, shared some of the same concerns when testifying before the grand jury that indicted the 74-year-old evangelist. When questioned during the trial by Alamo's lawyers, Harris said he never told any of the women their parents could be prosecuted.

"I think some of them may have asked me if there was some way my parents could get in trouble," Harris said. "I explained to them that I didn't believe that they were going to be pursued at the federal level, but that I had no control over the state level."

Federal prosecutors won't say whether any of the parents could face charges. Prosecutor Brent Haltom in Miller County, where Alamo's compound is located, said he has no cases open involving the evangelist or parents of the alleged victims.

Parents themselves offered differing views on their own culpability. The mother of an 18-year-old who said Alamo "married" her at age 8 told jurors she had no problems with her daughter going to the evangelist's home. The mother called Alamo "a holy man of God" and a prophet who took in a troubled girl.

"I was totally in control of her situation," the woman, a defense witness, said. Prosecutors never got the chance to ask if she knew Alamo had sex with her daughter as she left the stand after claiming Fifth Amendment protection against self-incrimination. Four of her underage children remain missing after state child-welfare officials obtained an order seeking to put them in protective care.

The Associated Press generally does not name those who say they were victims of sexual abuse, and often doesn't use names of family members to avoid identifying the accusers.

On the opposite end, some said they felt they had to sacrifice their daughters to appease the man who was master over every aspect of their lives. The mother of a girl Alamo allegedly "married" at age 15 said she was pregnant with another child when Alamo summoned the woman, her husband and their daughter to his house and made the announcement.

Alamo told her God instructed him to take their underage daughter as a "wife," she said. Refusing meant being thrown out of the church, which paid for all of the family's food, clothing and shelter.

"I didn't think we'd survive outside. ... That was the only life I knew," the mother said. "When he said the Lord told him to do something, I believed it."

In the past, some allegations against Alamo surfaced because parents spoke up.

More than two decades ago, child abuse charges were filed against him in California alleging that an 11-year-old boy was hit 140 times with a 3-foot board while Alamo gave punishment orders over a speaker phone. The case came to light because the boy's father and uncle, who had previously fled the commune, came back one night to try to take custody of their sons. The boy's physical condition prompted a raid on the Saugus, Calif., compound. The abuse charges were later dropped because Alamo had been imprisoned on tax evasion charges.

In the current case, any attempt to charge the girls' parents with failure to protect their children would be especially difficult, said Linda Spears, vice president for policy and public affairs at the Arlington, Va.-based Child Welfare League of America. ...

CONTINUED: http://www.google.com/hostednews/ap/article/ALeqM5gmOiqQT1PYFy0ptuu_jsZ4TvKjKAD99KMADO0
Posted by Alex Constantine at 11:39 AM