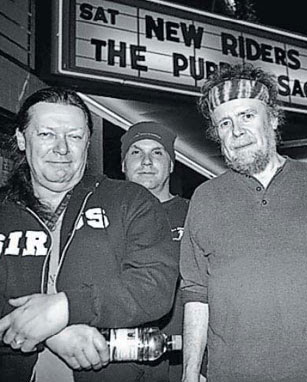 Robert Hunter has also written lyrics for the band 'New Riders of the Purple Sage'.

I was talking to a friend about how I’d been listening to Bob Dylan’s Together Through Life ever since it came out and how I quite like the bluesy touch that most of the tracks have, including my favourite, "Shake Shake Mama." It had lyrics that were simple yet the song could have complex meanings, I told him.

“Who do you think wrote that song?” my friend asked.

I did. Only to find, to my utter surprise, that lyrics for nine out of the 10 songs on Together Through Life have been written by none other than Robert Hunter.

If you happen to be a Deadhead, you’ll instantly know who Hunter is. A longtime collaborator of the late Jerry Garcia, Hunter was acknowledged as a non-playing member of the Grateful Dead and when the band was inducted into the Rock and Roll Hall of Fame in 1994, Hunter was included too.

I don’t know the exact number of the Dead’s songs that Hunter wrote the lyrics to. A friend, a geeky Deadhead, told me it’s 76 but I don’t know.

Anyway, that’s not the point. The fact is Hunter wrote the lyrics to all but one of the songs on Dylan’s new album. The only one for which Dylan alone is credited is "This Dream of You."

You can call me biased but that’s the one song on the album that I don’t really care for. The rest are good. 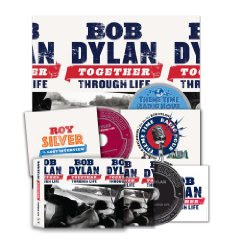 They grow on you as does the 68-year-old Dylan’s growling voice. The voice—yes, yes, I know many people don’t think Dylan has a singing voice—is miraculously better than on Modern Times (2006) or Love and Theft (2001), albums that I seriously wonder why Dylan made. On Together, besides the better vocals, I would think Hunter’s lyrics make all the difference. I can hear members of the Dylan-is-the-greatest-poet fan club growling at me.

Hunter’s career has been an interesting one. Around the same age as Dylan, Hunter (along with Ken Kesey who wrote ‘One Flew Over the Cuckoo’s Nest’) volunteered in the early 1960s for a CIA sponsored lab test where they administered LSD and other psychedelic drugs to volunteers who were paid to narrate their experiences. That government-aided introduction to drugs had a huge influence on some of these volunteers and Hunter wasn’t an exception. Dead-lore suggests that the very first lyrics he wrote for the band were when he was tripping on LSD! ...

Continued - http://blogs.hindustantimes.com/download-central/2009/07/18/a-non-playing-rocker/
Posted by Alex Constantine at 8:55 AM