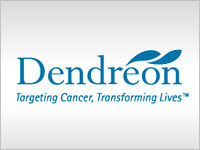 D.H. Blair, the Mafia-affiliated brokerage founded by Lindsay Rosenwald’s father-in-law (the so-called “king of stock fraud”) and managed for some time by Rosenwald and Michael Milken’s former national sales manager, received much of its finance from the family of a man named Zev Wolfson. Mr. Wolfson was also closely involved with another Mafia-affiliated brokerage, A.R. Baron.

As you will recall, D.H. Blair and A.R. Baron featured prominently in the prosecution’s case against White Rock Partners, the firm that was co-founded by Felix Sater and Salvatore Lauria. Felix Sater, remember, is the alleged son of a top Russian Mob boss. Lauria previously worked as a trader for Gruntal & Company, a Mafia-affiliated brokerage that was stacked with cronies of Michael Milken.

You will remember that Sater, the fellow alleged to have blood ties to the Russian Mafia, is currently a business partner of Milken crony Leon Black. You will also recall that Sater is allegedly the man who sent a message that the Mafia would murder Deep Capture reporter Patrick Byrne if he continued his crusade against illegal naked short selling. And Sater is the same guy whose naked short selling colleague, Alain Chalem, had his ears and face shredded with bullets.

Aside from funding Mafia-affiliated brokerages, some of which were closely tied to Michael Milken, Wolfson was also the key early investor in funds controlled by a number of Milken’s more “prominent” cronies. For example, Wolfson was an early benefactor of a “prominent billionaire” named Saul Steinberg.

In the 1980s, Steinberg built a company called Reliance Insurance with generous junk bond financing from Milken. Reliance, in turn, became one of the Milken-aligned financial conglomerates that regularly bought the junk bonds that Milken was selling for his other cronies. In other words, Steinberg was a key player in Milken’s junk bond merry-go-round – one of history’s great Ponzi schemes. Eventually, Steinberg looted and bankrupted Reliance, though he has never been charged with any crime.

Today, Steinberg is a founding partner of Wisdom Tree Investments, which is managed by Steinberg’s son, Jono. Jono is married to CNBC’s Maria Bartiromo, also known as the “Money Honey.” The Money Honey’s father is the former owner of a Brooklyn catering outfit and private club called the Rex Manor. Residents of Brooklyn know the Rex Manor as a popular hang-out for members of the Bonanno organized crime family (a fact that is merely of biographical interest and not meant to imply that Mr. Bartiromo is tied to the Mob).

The other founding partner of Wisdom Tree Investments is Michael Steinhardt, who is one of the nation’s most “prominent” hedge fund managers. As was noted in Chapter 3, Steinhardt’s father, Sol “Red” Steinhardt, worked for the Genovese organized crime family and spent a number of years in Sing-Sing prison after a New York prosecutor pegged him as “the biggest Mafia fence in America.” According to Steinhardt himself, the key limited partners in Steinhardt Jr.’s first hedge fund were the Genovese Mafia and three “prominent investors” – Marty Peretz, Marc Rich, and Ivan Boesky.

Ivan Boesky, we know, was famously indicted in the 1980s for participating in various stock manipulation schemes with Michael Milken. Also convicted for his participation in these schemes was a man named John Mulheren, who had run an arbitrage fund largely financed by Zev Wolfson (the fellow who also financed Saul Steinberg, the Mafia-affiliated brokerages tied to Milken, and other Milken cronies who will be introduced shortly).

Although Mulheren’s conviction for manipulating stocks was ultimately reversed on appeal, there was a time when he believed that Boesky might squeal on him and his friend, Michael Milken. So one day Mulheren loaded his car with weaponry and set out to assassinate Boesky. Fortunately, the police arrested Mulheren before he could commit the murder. 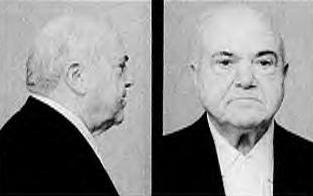 According to a famous book called “Den of Thieves,” written by Pulitzer Prize winning author James Stewart, Mulheren spent most of his time in jail conversing with Anthony “Fat Tony” Salerno, who was then the top boss of the Genovese Mafia family. In addition, Scotland Yard has linked Salerno to Steven Wynn, a Las Vegas casino operator. Wynn’s wife, Elaine, sits on the board of Michael Milken’s Prostate Cancer Foundation. Steven Wynn is Milken’s closest friend, according to Milken.

After he got out of jail, Mulheren co-founded a hedge fund called Millennium Partners, then promptly died of an early heart attack, leaving his co-founder, Izzy Englander, to continue operating the fund. Izzy Englander secured much of his investment capital from not just Zev Wolfson, but also the Belzberg brothers – William, Sam, and Hymie. Executives at an investment firm called the Bache Group, citing U.S. Customs Service reports, once accused the Belzberg’s of having ties to organized crime.

As we know, only ten hedge funds on the planet owned large numbers of Dendreon put options at the end of March 2007, right after Dendreon received the fantastic news that the FDA’s advisory panel had voted that the company’s treatment for prostate cancer should be approved. In other words, after Dendreon received its fantastic news only ten hedge funds were maintaining long-shot bets against Dendreon (long-shot bets that would, in time, prove strangely prescient). At least seven of those hedge funds are quite “colorful” – and all seven are part of the same network.

So far we have discussed two of the seven “colorful” fund managers who stood to profit from the demise of Dendreon. Those two are Bernie Madoff, the $50 billion Ponzi schemer and naked short seller, and Lindsay Rosenwald, formerly a manager of the Wolfson-financed D.H. Blair, which was founded by Rosenwald’s father-in-law (the “king of stock fraud”). Both D.H. Blair and Madoff had ties to organized crime. Both worked intimately with Michael Milken or his closest associates.

So perhaps it is no surprise that the third hedge fund that was betting heavily against Dendreon in March 2007 was Millennium Management, co-founded by John Mulheren–jailhouse confidante of “Fat Tony” Salerno (the Genovese Mafia boss); co-conspirator of Michael Milken; would-be murderer of Ivan Boesky; and recipient, like other Milken cronies and a number of Mafia-affiliated brokerages; of key finance from Zev Wolfson.

Altogether, Millennium owned put options on 800,000 shares of Dendreon at the end of March 2007 – just after the company’s prostate cancer treatment was endorsed by an FDA advisory panel; right at the time that Dendreon came under a blistering illegal naked short selling attack; and just before Dendreon was to experience some strange occurrences. ...

STOCK SHOCK
The movie that helped this to happen is now on DVD (for sale only) called: Stock Shock:-The Short Selling of the American Dream. ENTERTAINING AND EDUCATIONAL. Well worth the $. Amazon has Stock Shock.