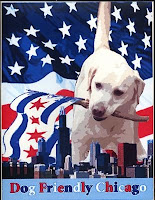 A few years ago, I was disappointed that only 15 people in all of Los Angeles turned out for a day-long symposium on "The CIA and Drugs." But that very same day, tens of thousands turned out for a local football game. Every one of these spectators would probably define themselves as "patriots," if you asked them, but they passed up a chance to inform themselves about a formidable internal terrorist threat - the CIA - because football was more important. Far as I can tell, America has no "patriots." The ego-syntonic, faddish love for country that cropped up after 9/11 was morbid, self-congratulatory, shallow and false. There is more to devotion to one's country than waving flags and mouthing platitudes. Running off to fight in illicit wars that only detract from the welfare of one's country isn't patriotism - it's the opposite. It reflects dedication to fascist leaders, loathing for truth and ignorance of history, the perpetuation of gross injustices that undermine the very country one professes to love. "Patriotism" means paying attention, understanding the true issues. The thousands of sport fans who passed up an opportunity to inform themselves on the seditious crimes of the CIA - in favor of a football game - live with their decisions even if they don't know it. Recent studies reveal that one out of four Americans have serious mental health problems. Ridiculous, desensitizing propaganda day in and day out instills the "American Idiot" syndrome, a national security threat. Perhaps that explains why Americans wear their jingoism on their sleeves and would rather watch football than deal with the fascists who are bleeding them off and bringing their country to its knees. Tick-tick-tick ... - AC

Independence Day has come and gone, making the timing of Pegleg and streetwear mecca Union NY's collaborative G-Shock a little ... off. Then again, there's always time for a little national pride. (And if you're looking to really sell the jingoism, the gents can oblige with a complementary wardrobe, too.) Pegleg's G-Shock won't appeal to all, but with only 100 pieces being made—and offered today at peglegnyc.com and at Union—remainders shouldn't be much of a concern.