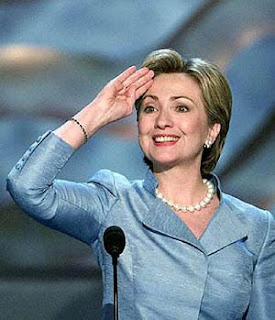 Hillary Clinton, the US secretary of state, personally intervened to suppress evidence of CIA collusion in the torture of a British resident, the high court heard today.

The dramatic turn emerged as lawyers for Binyam Mohamed, the UK resident abused in Pakistan, Afghanistan, Morocco and Guantánamo Bay, joined by lawyers for the Guardian and other media groups, asked the court to order the disclosure of CIA material.

It consists of a seven-paragraph summary of what the CIA knew, and what it told MI5 and MI6, about the treatment of Mohamed. Lord Justice Thomas and Mr Justice Lloyd Jones, the judges hearing the case, have said that the summary contains nothing that could possibly be described as "highly sensitive classified US intelligence".

However, David Miliband, the foreign secretary, has repeatedly told the court that the US would stop sharing intelligence with the UK if the CIA material was published. The judges, as well as lawyers for Mohamed and the media, have challenged that assertion.

"Is it remotely credible that [the Obama administration] would stop intelligence-sharing?" Thomas asked yesterday, referring to Obama's recent decision to publish CIA torture documents in the US. "The judgment of the foreign secretary is the key," he added.

The court has heard how the Foreign Office and Miliband have solicited US help in keeping the CIA material secret. Today, it heard how Miliband met Clinton in Washington on 12 May this year.

In a written statement proposing a gagging order, Miliband told the court that she "indicated" that the disclosure of CIA evidence "would affect intelligence sharing". Pressed repeatedly by the judges on the claim yesterday, Karen Steyn, Miliband's counsel, insisted that Clinton was indeed saying that if the seven-paragraph summary of CIA material was disclosed, the US would "reassess" its intelligence relationship with the UK, a move that "would put lives at risk".

Guy Vassall-Adams, for the Guardian and other media groups, told the court earlier that Miliband's claims – including his account of his conversation with Clinton – "lack any credibility". He questioned the foreign secretary's claim that whatever the actual contents of the CIA material it was the principle that mattered. Miliband has insisted that any intelligence provided to the UK from a foreign government must always remain secret.

"The ultimate decision as to where the balance of the public interest lies is a matter for the courts and not for the executive – and any [foreign] country providing intelligence to the UK which understood otherwise would be labouring under a fundamental misapprehension," Vassall-Adams said.

Thomas intervened, saying that the absolute control over intelligence material the UK and US governments were claiming was not based on any legal principle but was "the exercise of naked political power".

A letter recently sent by the CIA to the high court "merely demonstrated that the CIA would like the court to withhold from the public … findings about CIA wrongdoing", he added.

The CIA letter was couched in vague language and Miliband's interpretation of the US claims was completely unreasonable, lawyers for Mohamed and the media said.

The court was also provided with a 35-page MI5 document – of which all but three are blacked out – relating to its instructions to one of its officers in 2002.

Nevertheless, the document shows that the officer, known in the case as Witness B, was sent a list of detailed questions to ask Mohamed, including about his acquaintances in London. Mohamed had been arrested in Karachi trying to return to Britain on an false passport.

Officer B, whose conduct is being investigated by Scotland Yard, questioned Mohamed while he was being held incommunicado in a Pakistani jail. It is unclear why so many pages in the MI5 document have been redacted, but the information contained in them may relate to Mohamed's condition and how he should be interrogated.One unredacted passage refers to Mohamed as "The Dirty Bomber" a reference to claims about him which were dropped years later after he was secretly flown to Guantánamo Bay.The high court judges, who have described the case as "troublesome", reserved their ruling on whether the CIA material should be published.