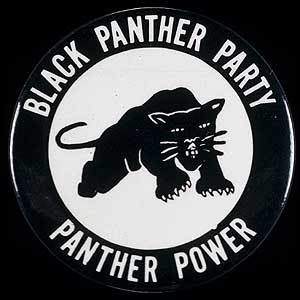 Duane Peak, a 15 year-old dropout with reported substance abuse problems, took out his angst against the world on August 17, 1970, when he killed an Omaha, Nebraska police officer, Larry Minard, the father of five young children. Police had been lured to a booby-trapped vacant house with a false report of a woman screaming. Instead of a rape victim, the eight responding patrolmen found only a suitcase. Officer Minard was killed instantly when the dynamite-rigged suitcase blew up in his face. Seven other officers were injured.

Two years earlier, J. Edgar Hoover, the director of the Federal Bureau of Investigation had ordered FBI field offices to "disrupt" the Black Panthers, a group Hoover had declared the most dangerous in America. Code-named COINTELPRO, the secret operation against the Black Panthers used illegal tactics and engaged in a wide range of misconduct against numerous individuals around the nation. When reports came in about the lethal trap that took Minard's life the Omaha district office sprang into action and assisted the Omaha Police throughout the investigation.

After an intensive police sweep of Omaha's Near-Northside and the arrest of over a dozen individuals, the investigation focused on Peak who had been seen by witnesses with a suitcase around the time of the bombing. While under interrogation Peak gave a half-dozen different versions of the crime but failed to name the two individuals police wanted most. Ed Poindexter and Mondo we Langa (formerly David Rice) were leaders of Omaha's Black Panther chapter, the National Committee to Combat Fascism, and had been COINTELPRO targets for two years.

Finally, during his last interrogation, Peak implicated Poindexter and Langa as his accomplices. That version of the crime was to be the script for Peak's preliminary hearing except that the murderous state's witness didn't stick to his story. When Peak failed to name the two Panther leaders in his morning testimony the prosecution called for a recess. When Peak returned to the stand he was wearing sunglasses and was "shaking and nervous."

When defense counsel David Herzog had Peak remove his sunglasses his eyes were red and puffy. The courtroom testimony follows:

Defense Attorney: What happened to make you shake and bring your nervous condition about now?

Defense Attorney: You had a conversation between the time you were placed on the witness stand this morning and the present time now, isn't that correct?

Defense Attorney: And there were the same things that the police officers told you about what would happen to you, like sitting in the electric chair, isn't that correct?

Duane Peak: I didn't have a chance.

Defense Attorney: You didn't have a chance did you?

Defense Attorney: You are doing what they want you to do, aren't you.

After implicating Poindexter and Langa, in the solitude of his jail cell, the young killer would express remorse in a letter, known to the prosecution but withheld from the defense.

"The Lord knows I tried but something happened which forced me to realize that I had no alternative but to say what I said. No matter what anyone says from now on I refuse to call myself a man, or anything close to a man because I did what I did. Even though there was no other way, because they already had enough evidence to convict those other two bloods."

Peak continued his lament trying to explain his testimony.

Peak ended up getting his deal and was sentenced as a juvenile delinquent serving just 33 months before his release.

Two Omaha detectives, Jack Swanson and Robert Pheffer, gave conflicting testimony both claiming to have been the one who discovered dynamite at Langa's house. Pheffer would later contradict his own trial testimony and embellish his tale with finding wired suitcases that were never listed on any police inventory sheets and not seen by anyone else.

Assistant Chief of Police Glenn Gates later would ask the Special Agent-in-Charge of the Omaha FBI office to forget about a tape recording of the emergency call that led Minard to his death. Gates had sent a tape into FBI headquarters for analysis but lost interest when it was determined the tape would be "prejudicial" to the prosecution because the voice on the tape did not match Peak, leaving an unidentified accomplice on the loose.

The police case against the two Panther leaders would unravel if a search for all involved was conducted. The request by Gates to ignore the deadly tape recording was sent directly to J. Edgar Hoover who personally monitored developments in the COINTELPRO operation.

The supplier of the dynamite that killed Larry Minard was a suspected police informant, Raleigh House, who only spent one night in jail for the crime and was never formally charged or brought to trial.

Ed Poindexter and Mondo we Langa were convicted of first degree murder and sentenced to life imprisonment and are presently incarcerated in the maximum-security Nebraska State Penitentiary. Both men deny any involvement in the death of Minard.

A request for a new trial by Poindexter is pending before the Nebraska Supreme Court. No date has been set for a decision.

Permission granted to reprint.
Posted by Alex Constantine at 8:42 PM