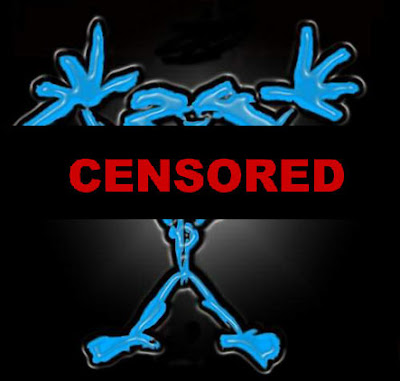 " ... Even the table of contents was blacked out except for the words 'executive summary, introduction, study methodology and overview' and their page numbers. ... The VA’s Freedom of Information Act officer said no one outside the agency will ever see a full copy of the report unless a congressional committee with oversight of the VA demands it as part of an investigation. ... "

WASHINGTON – The Bush administration will not release details of a $530,000 report that recommends whether services at the Fort Wayne Veterans Affairs hospital should be expanded, drastically reduced or transferred to other hospitals.

Three-fourths of the 78-page report received by The Journal Gazette on Wednesday under a federal anti-secrecy law was withheld by VA officials. Of the 21 pages that were released, most had thick black lines through sentences or whole paragraphs.

The hospital on Lake Avenue is the medical center for 44,000 of the region’s 160,000 veterans. Since a 2004 commission recommended closing the hospital’s inpatient services, veterans have wrangled to get the decision reversed, and Rep. Mark Souder, R-3rd, joined their campaign.

Souder, who received the same partial report, criticized the secrecy but said it probably will benefit the region’s veterans if the document’s conclusions are kept under wraps.

He said he suspects that the report advised the VA to close the Fort Wayne hospital. Souder said the VA and the Bush administration can more easily shift positions if they don’t have to explain why they rejected the recommendations of a costly report.

“It’s extremely bad policy,” Souder said of the secrecy. “But my job is to keep the hospital open, … and if I have reasonable expectation to believe a report has illogical, bad conclusions in it, I’m glad when they eat their words.”

After protests from northeast Indiana veterans and Souder inserted a provision in legislation requiring another study, the VA hired a consulting firm to reanalyze the Lake Avenue medical center. The consultants, Booz Allen Hamilton, submitted the report in September, but the VA refused to make it public. Last month, The Journal Gazette filed a request for it under the Freedom of Information Act.

The heavily edited report was provided to the newspaper Wednesday.

Even the table of contents was blacked out except for the words “executive summary, introduction, study methodology and overview” and their page numbers.

The omitted material referred to anything involved in a decision-making process, including opinions, findings and conclusions.

The VA’s Freedom of Information Act officer said no one outside the agency will ever see a full copy of the report unless a congressional committee with oversight of the VA demands it as part of an investigation.

The parts of the report that were given to The Journal Gazette and Souder include facts such as how many veterans live in the hospital’s service area, the projections for the number of veterans and demands on the hospital over the next several years, and how much the health service cost in 2005.

The Booz Allen Hamilton report notes that the Fort Wayne hospital needed 28 medical/surgical beds in 2005 to provide care to area veterans but that it would need 31 in 2015. The hospital has 26 beds.

The consultants calculated that by 2025, the hospital would need 29 beds because the population of veterans in northeast Indiana will drop.

Souder said the report does not take into account the large number of National Guard members in northeast Indiana and the likelihood that Congress will extend military health benefits to them – thereby creating even more need for a VA medical facility.

The report says that the veterans and hospital staff argued that the projected demand for services in the Fort Wayne hospital was artificially low.

They said the services provided at the hospital had been cut back because of the 2004 recommendation to close inpatient care, which made it “difficult to hire and retain staff, resulting in increased referral to the Indianapolis VA hospital.”

Booz Allen Hamilton’s assessment of that analysis was omitted from the report that was provided to The Journal Gazette.

The report also blacked out the end of the consultant’s observation that the Fort Wayne hospital is “approximately 60 years old and while its critical utilities and technical infrastructure are in better condition than its age might suggest, a site visit revealed” followed by six lines that were inked out.

In the meantime, last month the VA ordered a new study to focus on the outpatient care the hospital provides.