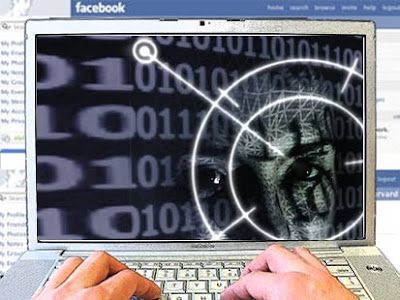 ... Facebook is a well-funded project and the people behind the funding, a group of Silicon Valley venture capitalists, have a clearly thought out ideology that they hope to spread around the world. Facebook is one manifestation of this ideology. It is a social experiment, an expression of a particular kind of neoconservative libertarianism. On Facebook you can be free to be who you want to be, as long as you don’t mind being bombarded by adverts for the world’s biggest brands. National boundaries are a thing of the past.

Although the project was initially conceived by media cover star Mark Zuckerberg, the real face behind Facebook is the 40-year-old Silicon Valley venture capitalist and futurist philosopher, Peter Thiel. There are only three board members on Facebook, and they are Thiel, Zuckerberg and Jim Breyer from a venture capital firm called Accel Partners.

Thiel invested $500 000 in Facebook when Harvard students Zuckerberg, Chris Hughes and Dustin Moskowitz met him in San Francisco in June 2004, soon after they launched the site. Thiel now reportedly owns 7% which, at Facebook’s current valuation of $15-billion, is worth more than $1-billion.

Thiel is widely regarded in Silicon Valley and in the US venture capital scene as a libertarian genius. He is the co-founder and chief executive of the virtual banking system, PayPal, which he sold to Ebay for $1,5-billion, taking $55-million for himself. He also runs a £3-billion hedge fund, Clarium Capital Management, and a venture capital fund called Founders Fund. Bloomberg Markets magazine recently called him “one of the most successful hedge fund managers in the country”. He has made money betting on rising oil prices and correctly predicting that the dollar would weaken.

But Thiel is more than just a clever and avaricious capitalist. He is a futurist philosopher and neocon activist. A philosophy graduate from Stanford, in 1998 he co-wrote a book called The Diversity Myth, which is a detailed attack on liberalism and the multiculturalist ideology that dominated Stanford.

While at Stanford, Thiel founded a rightwing journal called The Stanford Review -- motto: Fiat Lux (“Let there be light”). He is a member of TheVanguard.Org, an internet-based neoconservative pressure group set up to attack MoveOn.org, a liberal pressure group that works on the web. Thiel describes himself “way libertarian”.

TheVanguard is run by Rod Martin, a philosopher-capitalist whom Thiel greatly admires. On the site Thiel says: “Rod is one of our nation’s leading minds in the creation of new and needed ideas for public policy. He possesses a more complete understanding of America than most executives have of their own businesses.”

Their aim is to promote policies that will “reshape America and the globe”. TheVanguard describes its politics as “Reaganite/Thatcherite”. The chairperson’s message says: “Today we’ll teach MoveOn [the liberal website], Hillary and the leftwing media some lessons they never imagined.”

Thiel says PayPal was motivated by this belief: that you can find value not in real manufactured objects, but in the relations between human beings. PayPal was a way of moving money around the world with no restriction.

Clearly, Facebook is another über-capitalist experiment: can you make money out of friendship? Can you create communities free of national boundaries -- and then sell Coca-Cola to them? Facebook is profoundly uncreative. It makes nothing. It just mediates in relationships that were happening already.

Thiel’s philosophical mentor is René Girard of Stanford University, proponent of a theory of human behaviour called mimetic desire. Girard reckons people are essentially sheep-like and will copy one another without much reflection.

The internet is immensely appealing to neocons such as Thiel because it promises a certain sort of freedom in human relations and in business, freedom from pesky national laws, national boundaries and suchlike. The internet opens up a world of free trade and laissez faire expansion. Thiel also seems to approve of offshore tax havens and claims that 40% of the world’s wealth resides in places such as Vanuatu, the Cayman Islands, Monaco and Barbados. I think it’s fair to say that Thiel, like Rupert Murdoch, is against tax. He also likes the globalisation of digital culture because it makes the banking overlords hard to attack.

If life in the past was nasty, brutish and short, then in the future Thiel wants to make it much longer. To this end he has also invested in a firm that is exploring life-extension technologies. He has pledged £3,5-million to a Cambridge-based gerontologist called Aubrey de Grey, who is searching for the key to immortality. Thiel is also on the board of advisers of something called the Singularity Institute for Artificial Intelligence.

So by his own admission, Thiel is trying to destroy the real world, which he also calls “nature”, and install a virtual world in its place. It is in this context that we must view the rise of Facebook.

Facebook is a deliberate experiment in global manipulation and Thiel is a bright young thing in the neoconservative pantheon, with a penchant for far-out techno-utopian fantasies. Not someone I want to help get any richer.

Jeremy Breyer, the third board member of Facebook, is a partner in venture capital firm Accel Partners, who put $12,7-million into Facebook in April 2005. On the board of US giants Wal-Mart and Marvel Entertainment, he is a former chairperson of the National Venture Capital Association (NVCA). Now these are the people who are really making things happen in the US, because they invest in the new young talent, the Zuckerbergs and the like.

Facebook’s most recent round of funding was led by a company called Greylock Venture Capital, which put in the sum of $27,5-million. One of Greylock’s senior partners is Howard Cox, another former chair of the NVCA, who is also on the board of In-Q-Tel, which is, believe it or not, the venture-capital wing of the CIA. After 9/11 the US intelligence community became so excited by the possibilities of new technology and the innovations being made in the private sector, that in 1999 they set up their own venture capital fund, In-Q-Tel, which “identifies and partners companies developing cutting-edge technologies to help deliver solutions to the CIA and the broader US intelligence community to further their missions”.

The US defence department and the CIA love technology because it makes spying easier.

In-Q-Tel’s first chair was Gilman Louie, who served on the board of the NVCA with Breyer. Another key figure in the In-Q-Tel team is Anita K Jones, former director of defence research and engineering for the US department of defence, and -- with Breyer -- board member of BBN Technologies.

Now even if you don’t buy the idea that Facebook is some kind of extension of the American imperialist programme crossed with a massive information-gathering tool, there is no way of denying that as a business, it is mega-genius. Some net nerds suggest its $15-billion valuation is excessive, but I would argue that, if anything, it is too modest. Its scale really is dizzying and its growth potential limitless.

“We want everyone to be able to use Facebook,” says the impersonal voice of Big Brother on the website. I’ll bet they do. It is Facebook’s enormous potential that led Microsoft to buy 1,6% for $240-million. A recent rumour says that Asian investor Lee Ka-Shing, said to be the ninth-richest man in the world, has bought 0,4% of Facebook for $60-million.

The creators of the site need do little bar fiddle with the programme. Mostly they simply sit back and watch as millions of Facebook addicts voluntarily upload their ID details, photos and lists of their favourite consumer objects. Once in receipt of this vast database of human beings, Facebook simply has to sell the information back to advertisers, or, as Zuckerberg puts it in a recent blog post, “to try to help people share information with their friends about things they do on the web”.

On November 6 last year Facebook announced that 12 global brands had climbed on board. They included Coca-Cola, Blockbuster, Verizon, Sony Pictures and Condé Nast.

“Share” is Facebookspeak for “advertise”. Sign up to Facebook and you become a free walking, talking advert for Blockbuster or Coke, extolling the virtues of these brands to your friends. We are seeing the commodification of human relationships, the extraction of capitalistic value from friendships.

Now, by comparision with Facebook, newspapers, for example, begin to look hopelessly outdated as a business model. A newspaper sells advertising space to businesses looking to sell stuff to their readers. But the system is far less sophisticated than Facebook for two reasons. One is that newspapers have to put up with the irksome expense of paying journalists to provide the content. Facebook gets its content for free. The other is that Facebook can target advertising with far greater precision than a news paper. Admit on Facebook that your favourite film is This Is Spinal Tap and when a Spinal Tap-esque movie comes out, you can be sure that they’ll be sending ads your way.

It’s true that Facebook recently got into hot water with its Beacon advertising programme. Users were notified that one of their friends had made a purchase at certain online shops; 46 000 users felt that this level of advertising was intrusive, and signed a petition called “Facebook! Stop invading my privacy!” to say so. Zuckerberg apologised on his company blog. He wrote that the system has changed from “opt-out” to “opt-in”. But I suspect this little rebellion about being so ruthlessly commodified will soon be forgotten.

Facebook pretends to be about freedom, but isn’t it really more like an ideologically motivated virtual totalitarian regime with a population that will soon exceed the UK’s? Thiel et al have created their own country, a country of consumers.

Now, you might find this social experiment tremendously exciting. Yes, and you might decide to send genius investor Thiel all your money and certainly you’ll be waiting impatiently for the public flotation of the unstoppable Facebook.

For my own part, I am going to retreat from the whole thing, remain as unplugged as possible and spend the time I save by not going on Facebook doing something useful, such as reading books. Why would I want to waste my time on Facebook when I still haven’t read Keats’ Endymion? And when there are seeds to be sown in my own back yard?

I don’t want to retreat from nature, I want to reconnect with it. Damn air-conditioning! And if I want to connect with the people around me, I will revert to an old piece of technology. It’s free, it’s easy and it delivers a uniquely individual experience in sharing information: it’s called talking. -- © Guardian News & Media Ltd 2008