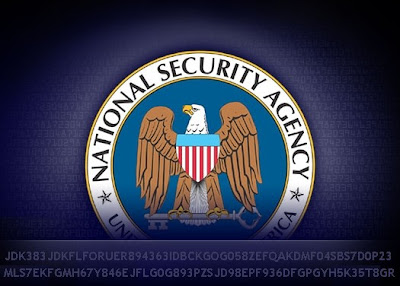 WASHINGTON – The American Civil Liberties Union responded today to a stunning new report that the NSA has effectively revived the Orwellian "Total Information Awareness" domestic-spying program that was banned by Congress in 2003. In response, the ACLU said that it was filing a Freedom of Information Act (FOIA) request for more information about the spying. And, the group announced that it was moving its "Surveillance Clock" one minute closer to midnight.

"Congress shut down TIA because it represented a massive and unjustified governmental intrusion into the personal lives of Americans" said Caroline Fredrickson, Director of the Washington Legislative Office of the ACLU. "Now we find out that the security agencies are pushing ahead with the program anyway, despite that clear congressional prohibition. The program described by current and former intelligence officials in Monday’s Wall Street Journal could be modeled on Orwell’s Big Brother"

The ACLU said the new report confirmed its past warnings that the NSA was engaging in extremely broad-based data mining that was violating the privacy of vast numbers of Americans.

The Total Information Awareness (TIA) program was a mammoth data mining program that envisioned programming computers to trawl through an extensive list of databases containing personal information about Americans – including communications, medical, travel, education and financial data – in an attempt to detect supposedly "suspicious" patterns. Congress shut down the program amid bipartisan objections that it was the most far-reaching domestic surveillance proposal that had ever been offered.

"Year after year, we have warned that our great nation is turning into a surveillance society where our every move is tracked and monitored" said Barry Steinhardt, Director of the ACLU’s Technology and Liberty Project. "Now we have before us a program that appears to do that very thing. It brings together numerous programs that we and many others have fought for years, and it confirms what the ACLU has been saying the NSA is up to: mass surveillance of Americans"

According to the new Journal report, the NSA was engaging in broad domestic spying operations that involve collecting and analyzing the personal information of Americans in ways that are "essentially the same" as TIA. The elements that reportedly make up the new spying encompass a variety of mass surveillance and data mining programs about which the ACLU has previously warned, including:

TIA and other data mining programs.

* The Patriot Act’s broadening of FBI power to collect third-party personal information without a subpoena through Section 215 searches and National Security Letters.

* The CIA’s illegitimate access to the SWIFT database to monitor international financial transactions.

* Partnerships between these government agencies and private sector entities to collect and monitor customers’ data and transactions.

The erosion of privacy through the judicial creation of a distinction between content and "transactional data" (such as the recipients of e-mails or phone calls and the times and dates of each communication) through the Patriot Act and prior developments.

"Congress needs to investigate immediately whether its will has been thwarted, and the media needs to give this program the attention it deserves as a radical departure from the privacy that Americans have always expected" said Fredrickson. "Just how many times is Congress going to sit back and watch this administration run roughshod over its prerogatives"

The FOIA request the ACLU filed today is intended to gain information about the "role that the NSA plays as a hub for the collection, analysis and distribution" of "transactional information of Americans" It seeks information from the NSA as well as the FBI, CIA, the Office of the Director of National Intelligence, and the Departments of Treasury, Justice, Defense, and Homeland Security.

In 2006, the ACLU published a summary of what it believed the NSA was doing, based on the various media reports citing current and former intelligence officials. In the piece, entitled "Eavesdropping 101" the ACLU warned that the NSA was not just carrying out warrantless wiretaps on selected individuals, but probably carrying out broader data dragnets that violated the privacy of millions of Americans. This prospect has not always remained in focus during the debates over the agency’s illegal spying.

"We now know that TIA lives" said Steinhardt. "The question is, does American privacy live? And does Congress’ will to defend it? This program will be a test case; may we prove worthy of the freedom we have inherited"

http://www.webwire.com/ViewPressRel.asp?aId=61095
Posted by Alex Constantine at 11:08 AM