Exactly How "Adversarial" were AIG and Eliot Spitzer? 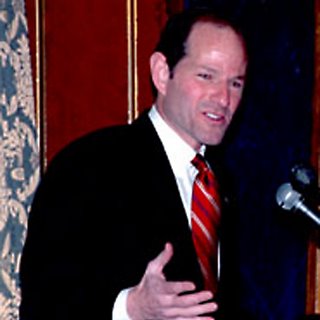 Major corporations based in New York such as American International Group Inc. have legally contributed many times more than the corporate limit to political candidates who regulate their businesses, state and good-government officials said.

"That happens all the time,'' said Rachel Leon of New York-Common Cause, which for years has lobbied to reform this and other campaign finance practices.

"It's just one of the many loopholes that make our campaign finance laws meaningless,'' she said. "We might as well not have any limits because in the real world, they don't apply.''

"As far as I can see, it's within the parameters of our law,'' said Lee Daghlian, a spokesman for the state Board of Elections, of the AIG contributions. "We are not looking at anything.''

The corporate limits were created in the mid-1970s and set at $5,000 (euro3,951) to restrict the influence of companies on candidates, he said.

AIG spokesman Joe Norton told the Times that the donations by subsidiaries, many of them in sequentially ordered checks drawn from a common account, are charged back to the subsidiaries. He said AIG usually recommends the candidates to receive donations.

The contributions in 2003 to Spitzer, the two-term attorney general, were made before Spitzer investigated AIG and its then CEO, Maurice "Hank'' Greenberg. AIG, one of the world's largest insurance companies, announced in February that it would pay $1.64 billion (euro1.3 billion) to resolve allegations that it used deceptive accounting practices to mislead investors and regulatory agencies.

The settlement did not cover Greenberg, who resigned in March 2005 and is fighting Spitzer in court.

Another major concern of Common Cause is companies that are organized as limited liability corporations. The LLCs aren't subject to the $5,000 (euro3,951) corporate limit, but instead are treated as individuals and may contribute as much as $50,100 (euro39,592) to a candidate.

Copyright 2006 Associated Press. All rights reserved. This material may not be published, broadcast, rewritten or redistributed.
Posted by Alex Constantine at 3:43 AM