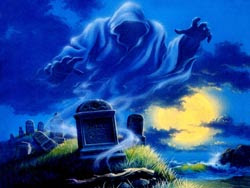 CEDAR RAPIDS, Iowa - Army investigators concluded it was suicide, but loved ones of Sgt. James Musack believe the Riverside Soldier was murdered -- possibly over some trouble he thought he was in.

"I just know my brother, he wasn't one to kill himself," said Musack's brother, Reggie Grandstaff, 22, of Tiffin.

The Department of Defense initially reported that Musack, 23, died from injuries suffered in a non-combat-related incident Nov. 21, 2006, north of Baghdad.

Musack's body was found in a secluded area used to make phone calls and as a bathroom at Patrol Base South, according to the report. Musack was found lying on his right side, his left arm cradling his M4 Carbine gun, a single bullet wound to his head.

There were no defensive wounds on Musack and no signs of foul play, the report said. No suicide note was found.

Several Soldiers interviewed under oath during the investigation said they knew of no reason Musack would kill himself. He had no medical, financial or personal problems they were aware of. Some described him as a quiet person who held in his feelings.

Musack's duties included going on patrols and running an unmanned aerial vehicle. He had come to Patrol Base South the day before his death.

He was set to go on patrol at 9 a.m. Nov. 21. When he didn't show up, others searched for him, finding his body about 30 minutes later.

Musack was last seen by his platoon sergeant at around 5:20 a.m. A popping sound was heard by some Soldiers around 6 a.m. Another was heard about 8:45 a.m. Gun and mortar fire were common sounds at the base, the sergeant said.

When asked what he thought happened, the sergeant told investigators: "Honestly, I have no idea. Nothing he did was out of the norm."

But Musack had started smoking a pack of cigarettes a day after four fellow Soldiers were killed by an improvised explosive device in early October, the sergeant reported.

It was about that time that Musack's loved ones discovered he was upset by some incident he never went into specifics about. In phone calls to his girlfriend and an aunt in October and November, he said he had made someone mad and was not going to be allowed to return home.

Musack's tour was ending and he was to leave Iraq just a couple of days before his death.

Names in the report are blacked out, but family members helped identify who said what.

According to the report, Musack's girlfriend, Melissa Martin of Oklahoma, said Musack called her in mid-October and said, "Honey, I am being set up." She asked him if he had accidentally injured a civilian, and he said no. But he wouldn't go into detail, saying their conversation possibly was being recorded. He told her to not contact anyone in the military.

At Musack's funeral at Highland High School in Washington County, Martin told the 300 mourners of her last conversation with him. He had her make a promise.

"If he did not come home, we would all keep doing what we were doing" she said.

According to the Army report, Musack's aunt, DeeAnna Newlin of Oklahoma, said she last spoke to him in early November and said he seemed "confused" and sounded "funny."

"James said that he pissed somebody off, and they were moving things around, they are hiding things" from him, she said according to the report.

Musack said he went above someone to report something and thought that was a mistake, Newlin said. Musack also declined to go into specifics with her and asked her not to tell anyone, she told investigators.

Newlin said that in a prior conversation, Musack had said he saw a little girl killed.

She said she thought a fellow Soldier killed Musack.

"It was a hit," she told investigators. "I want James' death to be resolved."

Martin did not return a phone message left with her father last week or an e-mail message sent Monday. Newlin could not be reached for comment.

Musack's mother, Yvette Eastom of Glenpool, Okla., told The Gazette that her son didn't talk with her about whatever it was that was upsetting him. But she too doesn't believe he committed suicide.

According to the report, he was joking around with a fellow Soldier the morning of his death and described himself as a big kid.

"Have you ever seen Jim Carrey in Ace Ventura: Pet Detective?" she said. "That was him to a T."

Bill Poch, the mayor of Riverside who had power of attorney for Musack and whose son was his close friend, also didn't believe that Musack would kill himself.

"He was coming home in a week," Poch, 49, told The Gazette. "He had bought a brand-new car, hadn't put a thousand miles on it."

Chris Grey, chief of public affairs for the U.S. Army Criminal Investigation Command, said the Army stands by the report.

"We have a very thorough review process," he said, adding that if anyone had more information on Musack's death, they would look at it.

Family members say they are exploring their options to get the Army to reopen the investigation.

"I want to get my questions answered, at least," Grandstaff said.

Eastom said she has been in contact with the office of Sen. James Inhofe, R-Okla.

She and Poch said they can't help but think of other examples of suspicious military deaths. That includes Pat Tillman, the Army Ranger and former football player. The military originally reported he was killed by enemy fire only to later admit it was friendly fire.