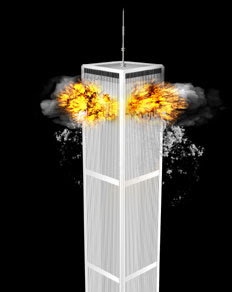 Last month, the NY Times ran a sympathetic story on litigation-dizzy Ramon Gilsanz, the structural engineer in Manhattan retained by the NIST to co-author its report on the collapse of the towers on 9/11. In the Times account of his legal quandary, Gilsanz supports the thesis that fire caused the collapse of WTC and Building Seven. But it wasn't always so, and his past research has vanished from the NIST web site ...

For Engineer, a Cloud of Litigation After 9/11
By JIM DWYER

To hear Ramon Gilsanz speak — voice calm and measured, even on a day when travel plans are tied in a knot by a snowstorm — you would never guess that he is being sued by thousands of people. And that does not count the man who is suing him on behalf of everyone in the United States.

What did he do to deserve this?

Mr. Gilsanz, a structural engineer with a small firm in Manhattan, was one of the legions of people who just showed up downtown after the Sept. 11, 2001, attack to help. Some made sandwiches. Others dug. Mr. Gilsanz engineered.

The two colossal towers had been turned into three and half billion pounds of rubble, piles that reached 12 stories high and 8 stories deep.

Buildings had partially collapsed. Any search for survivors would require heavy cranes set on treacherous ground. Someone had to figure out how and where to put them. Fragile walls had to be shored up.

Led by Mr. Gilsanz, a group of structural engineers talked their way past the barricades. They became indispensable in a world that suddenly had no recognizable geometry. Nine months later, the debris was cleared. ...

For his part, Mr. Gilsanz — whose firm recently did the structural design for an exhibit of cars suspended from wires at the Guggenheim Museum — has spent a great deal of time studying the failure of the buildings. The collapse of the two towers and the building at 7 World Trade Center after being ravaged by fire provided vivid evidence, he said, that building codes had become too relaxed on fire protection.

" ... NIST awarded a contract to Ramon Gilsanz and his New York engineering firm to do computer simulations of the WTC7 collapse. Dropped from the NIST website was the report titled Structural Analysis of the response of World Trade Center 7 to debris damage and fire (denoted NCSTAR 1-6F) by Gilsanz and nine others. No explanation was given, though presumably this report was to have been used as 'evidence' supporting the NIST theory.

Gilsanz "does not mention the subject of Appendix C of the FEMA report he helped to write ... the discovery of steel remains that showed unmistakable signs of having been exposed to extremely high temperatures that, incidentally, are perfectly consistent with the effects of explosives."
http://www.alternet.org/story/76572/?comments=view&cID=831291&pID=831207

On its website, the NIST says that the main WTC7 report has been deferred until October 2005.

"It is unclear whether the postponed report is the one titled 'Structural analysis of the response of World Trade Center 7 to debris damage and fire' which is cited in prefatory material to various NCSTAR reports but is nowhere to be found on the NIST website. The NIST awarded Ramon Gilsanz and his New York engineering firm a contract to do computer simulations of the WTC7 collapse. Omitted from the NIST website is NCSTAR 1-6F, the report by Gilsanz and nine others.

No explanation is given for the seismic report's deletion, though it likely contains information concerning WTC7's collapse.
http://www.angelfire.com/ult/znewz1/wtc.html
Posted by Alex Constantine at 11:47 AM