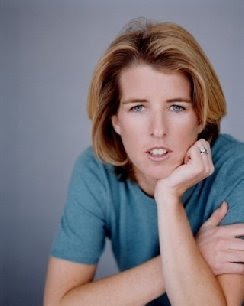 GAINESVILLE - Award-winning documentary filmmaker Rory Kennedy was at Brenau University's Gainesville campus Thursday night to meet with students, screen one of her films and give a lecture.

The event, co-sponsored by The Women's Center at Brenau, was held at Pearce Auditorium.

On Monday, students and the public were able to see some of her work - one episode of a five-part TV series about the AIDS pandemic, a segment focusing on the devastation of the disease in Uganda.

Kennedy attracted attention, critical acclaim and criticism last year with the production of a film about the notorious prison in Iraq where U.S. personnel were accused of torture and other abuses of prisoners. In "Ghosts of Abu Ghraib," she featured interviews with prisoners, court-martialed abusers, witnesses of the abuse, military personnel and legal experts, among others. However, much of her other work deals with social issues, particularly issues related to women and those in the South, including her breakthrough 1999 film, "America Hollow," about a struggling Appalachian family.

Kennedy is the youngest of 11 children of former Attorney General and U.S. Sen. Robert Kennedy and his wife, Ethel. She was born six months after her father was assassinated 40 years ago on the night he secured enough primary delegates to virtually assure him the Democratic presidential nomination. In addition to the usual media attention that a member of the famous clan of President J. F. Kennedy attracts, Rory Kennedy gets an extra dose because it was her wedding to which the slain president´s son, John F. Kennedy Jr., and his wife, Carolyn Bessette Kennedy, were traveling when they died in a plane crash.

"As a member of one of the most media-hounded families in history, Rory Kennedy made her own mark by using the power of the media not as a tool to promote anybody´s celebrity status but as a means of calling attention to marginalized people and important issues," said Heather Casey, director of the Women´s Center at Brenau University.

Kennedy graduated from Brown University and cofounded Moxie Firecracker Films. With more than 20 films to her credit, Kennedy is one of the nation's most prolific independent documentary filmmakers, focusing on issues such as poverty, domestic abuse, human rights and AIDS.

Her work includes the unsettling "Indian Point: Imagining the Unimaginable," which examines the potential for a nuclear disaster in New York City's backyard, and "Pandemic: Facing AIDS," a five-part series - nominated for two primetime Emmy Awards - that follows the lives of people living with AIDS throughout the world. She executive produced "Street Fight," which was nominated for an Academy Award® for documentary feature in 2006.

Kennedy also advocates for several social activism organizations and sits on the board of numerous non-profit organizations.