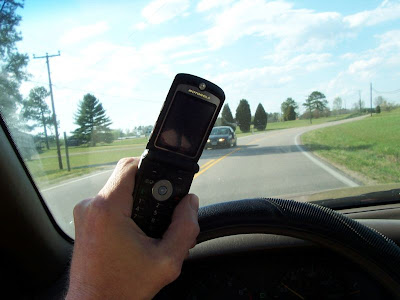 Mobile phones could kill far more people than smoking or asbestos, a study by an award-winning cancer expert has concluded. He says people should avoid using them wherever possible and that governments and the mobile phone industry must take "immediate steps" to reduce exposure to their radiation.

The study, by Dr Vini Khurana, is the most devastating indictment yet published of the health risks.

It draws on growing evidence – exclusively reported in the IoS in October – that using handsets for 10 years or more can double the risk of brain cancer. Cancers take at least a decade to develop, invalidating official safety assurances based on earlier studies which included few, if any, people who had used the phones for that long.

Earlier this year, the French government warned against the use of mobile phones, especially by children. Germany also advises its people to minimise handset use, and the European Environment Agency has called for exposures to be reduced.

Professor Khurana – a top neurosurgeon who has received 14 awards over the past 16 years, has published more than three dozen scientific papers – reviewed more than 100 studies on the effects of mobile phones. He has put the results on a brain surgery website, and a paper based on the research is currently being peer-reviewed for publication in a scientific journal.

He admits that mobiles can save lives in emergencies, but concludes that "there is a significant and increasing body of evidence for a link between mobile phone usage and certain brain tumours". He believes this will be "definitively proven" in the next decade.

Noting that malignant brain tumours represent "a life-ending diagnosis", he adds: "We are currently experiencing a reactively unchecked and dangerous situation." He fears that "unless the industry and governments take immediate and decisive steps", the incidence of malignant brain tumours and associated death rate will be observed to rise globally within a decade from now, by which time it may be far too late to intervene medically.

"It is anticipated that this danger has far broader public health ramifications than asbestos and smoking," says Professor Khurana, who told the IoS his assessment is partly based on the fact that three billion people now use the phones worldwide, three times as many as smoke. Smoking kills some five million worldwide each year, and exposure to asbestos is responsible for as many deaths in Britain as road accidents.

Late last week, the Mobile Operators Association dismissed Khurana's study as "a selective discussion of scientific literature by one individual". It believes he "does not present a balanced analysis" of the published science, and "reaches opposite conclusions to the WHO and more than 30 other independent expert scientific reviews".

Link: http://www.independent.co.uk/life-style/health-and-wellbeing/health-news/mobile-phones-more-dangerous-than-smoking-802602.html
Posted by Alex Constantine at 1:13 AM