The Billboard Liberation Front has struck again -- this time rewriting a billboard in San Francisco's Mission District that was hosting AT&T's latest ad campaign touting the breadth of its network coverage. 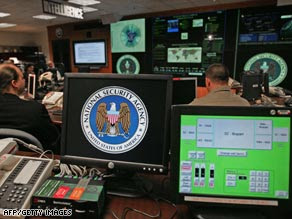 BLF says it changed the sign on behalf of AT&T and the NSA, to "promote and celebrate the innovative collaboration of these two global communications giants."

And remember kids, despite all the teasing you are giving AT&T, warrantless wiretapping is not a crime.