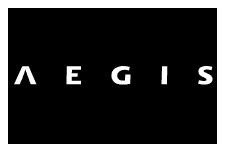 One of the world's most notorious mercenaries may soon be overseeing all of the State Department's security convoys in Iraq.

The New York Times is reporting today that the Department of Defense is taking control of the State Department's convoys of security contractors, like Blackwater. The Pentagon already coordinates its outsourced security details through a single, Defense Department entity, the Reconstruction Operations Centers, which tracks movement of security convoys to make sure they and the military don't trip over one another. Most likely this existing mechanism will be expanded to monitor Blackwater, Triple Canopy and DynCorp convoys for the Department of State.

But here's the interesting twist: The Reconstruction Operations Centers are themselves outsourced, through a recently renewed $475 million contract to the British firm Aegis. And Aegis is run by the infamous old-school gun-for-hire, Tim Spicer. He's the guy, you may recall, who tried to use his mercenary army to launch a counter-coup for the government of Sierra Leone; his associate, Simon Mann plotted the overthrow of the authorities in Equatorial Guinea. Later, in Iraq, one of his ex-employees circulated online a rather nasty “trophy video,” in which contractors are seen shooting at civilians -- to the sounds of Elvis' "Runaway Train."

Kind of ironic, dontcha think, that this could be the Bush Administration's way of bringing greater accountability and oversight to Blackwater?
Heckuva job, Condi!
•••
Update: Both reader Tom Griffin and Noah Schachtman from Wired's blog The Danger Room remind me that Aegis was the company whose workers filmed the infamous trophy video of themselves shooting civilian vehicles to the tune of Elvis' "Runaway Train."

http://www.thespywhobilledme.com/the_spy_who_billed_me/2007/10/will-infamous-m.html
Posted by Alex Constantine at 8:28 AM