Venezuela: The U.S. Government is “the Terrorist Government Par Excellence” 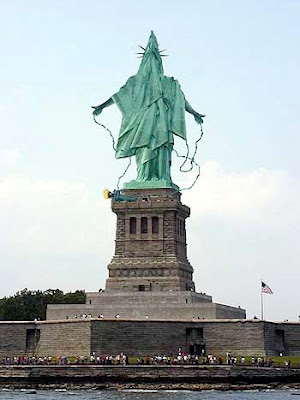 "This is an aberration, an absolutely stupid thing to say from the government of Mr Bush, which is the terrorist government par excellence, that practices state terrorism, that has invaded Iraq and Afghanistan without respect for international law, that commits genocidal practices in various parts of the world, that has invaded Latin American and Caribbean countries, that aims to present itself as the moral conscience of the world," Valero said in an interview with state-owned television station VTV.

Bush made the comments in an address to the U.S. Hispanic Chamber of Commerce in Washington as he called on the U.S. congress to ratify the US-Colombia free trade agreement. Democrats in the Congress have stalled the passage of the agreement pointing to Colombia's appalling human rights record.

Bush argued the accord is "pivotal" to countering the influence of Chavez throughout Latin America. Since it was first elected in 1998, the Chavez government has used billions of dollars of oil revenue to fund social programs that provide free education and healthcare to the poor and has spearheaded a continental wide revolt against neo-liberalism and U.S. domination.

"As it tries to expand its influence in Latin America, the regime claims to promote social justice. In truth its agenda amounts to little more than empty promises and a thirst for power," Bush claimed in his speech.

Bush also criticized Chavez's response to Colombia's March 1 military incursion into Ecuador that among 21 others killed Raul Reyes, the FARC second in command, only days after the guerrilla group had unilaterally released four prisoners to Venezuelan authorities.

"The president of Venezuela praised the terrorist leader as a good revolutionary and ordered his troops to the Colombian border," the US president said.

Twenty-one archconservative Republican lawmakers including Connie Mack and Ileana Ros-Lehtinen from Florida are calling for Venezuela to be placed on the U.S. Statement Department list of countries that sponsor terrorism, claiming that Venezuela has close links with the FARC.

The Colombian government last week released excerpts of documents supposedly found on laptops belonging to the FARC seized during the Colombian military's raid in Ecuador, claiming they showed that the Venezuelan government had recently made a payment of $300 million to the guerrillas.

However, the only reference to the alleged $300 million reads; "... With relation to the 300, which from now on we will call "dossier," efforts are now going forward at the instructions of the boss to the cojo [slang term for ‘cripple'], which I will explain in a separate note. Let's call the boss Ángel, and the cripple Ernesto." It does not mention Chavez or the Venezuelan government.

The Colombian government has reportedly called in experts from Interpol to analyze the veracity of the documents.

The Venezuelan government dismissed the claims saying the only contact it has had with the guerrillas is in negotiations to secure the release of FARC prisoners held in the jungle for years and facilitate a humanitarian accord.

Countries such as France and Ecuador have also engaged in similar negotiations with the guerrillas. Recently declassified State Department documents also revealed that a U.S. diplomatic mission led by Philip T. Chicola, then director of the State Department's Office of Andean Affairs, met secretly in Costa Rica with FARC leaders, Reyes and Olga Marín in 1998, despite the U.S. government's classification of the guerrillas as a "terrorist" organization.

Colombia's military attack sparked a diplomatic crisis with Venezuela and Ecuador last week, however tensions eased after an agreement, proposed by Venezuela, was adopted and the three heads of state shook hands at the Rio Group Summit last Friday.

The agreement rejected the violation of Ecuadorian sovereignty, recognized Colombia's apology for its military aggression, and committed the signatories to ensure that such an incident never happens again "under any circumstances."

Ecuador and Venezuela are calling for the next meeting of the OAS on March 17, to ratify the Rio Group Summit resolution.

Valero argued it would be "difficult for the U.S. government to oppose such a resolution. "I don't believe the United States has sufficient strength to crush the will of the Rio Group countries," he asserted.

If the Bush administration opposes the motion, "The United States will be shown up as a factor that disturbs Latin American and Caribbean unity, that obstructs hemispheric relations, which aims to impose doctrines that are alien to our continent and have been rejected in the Rio Group, for example, the so-called doctrine of legitimate preventative defense," he declared.

Jorge Pinon, a researcher from the Institute for Cuban and Cuban-American studies at the University of Miami and former president of Amoco Oil Latin America said "calling Venezuela a terrorist state would give the United States a legal reason to impose sanctions,"

However, Daniel Erikson of the Inter-American Dialogue in Washington argued it was unlikely that the U.S. would brand Venezuela as a terrorist sponsor as Venezuela is the fourth-largest oil supplier to the U.S

Sanctions "would cause damage both to the U.S. and Venezuela, because the countries have such strong economic ties," he added.

Dan Hellinger, a political scientist and Venezuela expert at Webster University in St. Louis, said the Republicans are "trying to take advantage of the moment after this blowup with Colombia to try to see if they can cement into law a more hostile policy toward Venezuela."

Venezuelan Information Minister Andres Izarra, warned of a stepped up U.S. campaign against Venezuela after the Rio Group Summit thwarted Washington's efforts to isolate the oil rich country. "They are searching for new ways to attack ... and move forward with their plan to finish with the Bolivarian Revolution," as Chavez's socialist movement is known, Izarra said.

http://www.venezuelanalysis.com/news/3266
Posted by Alex Constantine at 4:13 AM