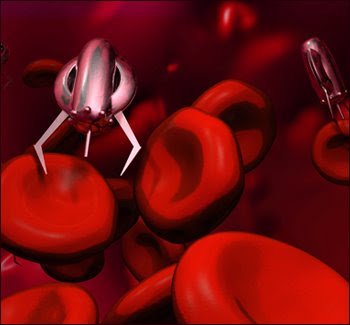 The CIA Has a New Small Secret
By Jack Uldrich
August 30, 2006
The Motley Fool

In-Q-Tel, the venture capital arm of the Central Intelligence Agency (CIA), recently announced that it hired Christopher Darby, a former Intel (Nasdaq: INTC) manager, to be its new CEO.

Among Darby's top priorities are longer-lived batteries and nanotechnology. Given Apple (Nasdaq: AAPL) and Dell's (Nasdaq: DELL) recent problems with lithium-ion batteries, he is in good company in wanting new and improved battery technology; but his public emphasis on nanotechnology was something new.

A year ago, I discussed In-Q-Tel's investment in Nanosys -- a private nanotechnology company in which Motley Fool Rule Breakers recommendation Harris & Harris (Nasdaq: TINY) also has an equity stake -- and noted how the investment could pay dividends by helping the government develop specialized antennas through the use of high performance thin-film electronics.

What I did not mention at the time was that Nanosys also possesses patented proprietary nanowire technology could play a big role in the creation of ultra-sensitive biological and chemical detectors.

Security from biological and chemical attacks is, though, just one of the many areas where nanotechnology can assist the intelligence community in improving our national security.

The CIA has publicly stated that it is also interested in information security, making the Internet more hacker-resistant, creating distributed architectures, and increasing "knowledge generation."

Nanotechnology can assist in each of these areas. For instance, by taking advantage of the unique quantum properties of individual atoms, it is possible that foolproof encryption systems could be devised. Similarly, the advances that nanotech companies are making in nanoscale data storage, in combination with the progress being made in the fields of nanosensors and nanophotonics (for wireless telecommunication technology), could lead to the collection and dissemination of an unprecedented amount of information.

This new information, if properly processed and analyzed, could, in turn, lead to valuable knowledge.

This is not necessarily the type of knowledge that investors probably can profit from directly, because it will be classified. But I do encourage investors to keep an eye on the companies that In-Q-Tel is investing in, because they are likely to be at or near the forefront of technological advances that will not just keep us safer as a society -- they will also have widespread applications in a commercial marketplace that is always looking for better information security, distributed architecture systems, and knowledge generation.

If you do keep up, this is the type of information that can give you a small, semi-clandestine advantage in identifying the next "small" opportunity in nanotechnology.

Want to read other Foolish unclassified articles about nanotech? Then check out these:

The dirty tricks the CIA acknowledges committing in the so-called “Family Jewels” papers represent the tip of a sinister iceberg, according to a former Fort Dix military instructor.

Lorsbach said secret enclaves of the federal government are using nano-poisons to harass and even assassinate members of unpopular minority groups and other political nonconformists.

“These nano-devices have literally exploded in my face and are part of a heinous and covert program of extra judicial killings within the United States,” said Lorsbach, a retired teacher. ...

Nanotechnology, Lorsbach said, involves artificially altered particles, amounting to one billionth of a meter or less. To give perspective, Lorsbach noted a human hair is 80,000 nanometers in width.

“The particles as vapor enter through the sinuses and into the circulatory system and go directly through the lungs into the coronary arteries, damaging the heart muscle and other internal organs” said Lorsbach.

The harassment against her, she said, began when she appeared to discuss her transsexual surgery on the nationally televised “Donohue Show” in 1991.