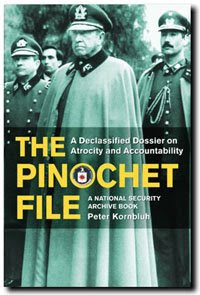 Caveat: Peter Kornbluth of the National Security Archives, quoted below, tends to conceal essential intelligence-related information. He is a puppet of the Agency in dissident drag, and though his information is not strictly false, it has enough holes in it to fill the Albert Hall. - AC

It was called Operation Condor. For the unfamiliar, it may vaguely connect to 1970s thrillers and grainy images of Latin American coups.

But the compact among South American military governments remains a raw wound on the continent. Under Condor's broad wingspan, rulers cooperated in a clandestine scheme to kidnap and kill opponents, often utilizing allied territory in what would now be called the "rendition" of suspects.

Late last year, an Italian court issued arrest warrants for more than 100 former officials from various nations in connection with the disappearances of citizens of Italian ancestry, as this BBC account notes. 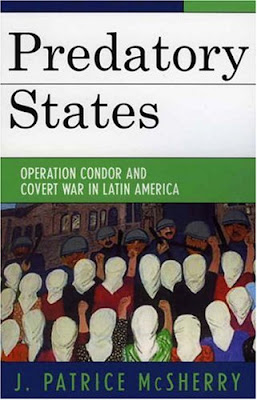 Among those being sought is former Peruvian President Francisco Morales Bermudez, Peru's last military ruler. The ex-president has denied that Peru participated in Condor, which has been more frequently associated with Southern Cone nations such as Chile, Argentina and Uruguay. But the Washington-based National Security Archive has unearthed documents linking Peru to Condor and the 1980 disappearance of three Argentine militants living in Lima. The three were kidnapped and brought back to Argentina via Bolivia, according to the documents, including a contemporaneous account from the U.S. Embassy in Lima.

Peter Kornbluh of the National Security Archive at George Washington University says the Condor protocol is somewhat reminiscent of U.S. tactics against today's terrorism suspects. "The scale of Condor and the ultimate fate of hundreds of victims is different from the current rendition, enhanced interrogation and black site detention program,'' Kornbluh, who wrote about Condor in his book The Pinochet File,' said via e-mail. "But the similarities in tactics and even rationale are as sinister as they are horrifying.''