Heath Ledger: Broker Than a Joker? 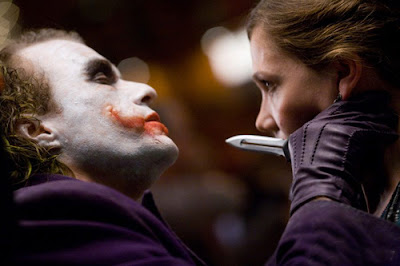 Could it be that one of the hottest actors in Hollywood barely had a pot to piss in when he died? If reports out of Australian papers are to be believed, Heath Ledger was only worth $145,000 at the time of his death.

According to the Daily Telegraph, the total value of Heath's estate is "$145,000, with furniture and fixtures worth $20,000, a Toyota Prius worth $25,000 and $100,000 in miscellaneous bank accounts." It also names Heath's father, mother and sisters as the only beneficiaries, but acknowledges his two-year-old daughter Matilda Rose as an interested party.

What this doesn't jibe with is family sources are telling TMZ that Matilda will be "well taken care of." So, where's the money?

... The Australian co-executors nominated by Heath’s will are Mark Dyson and Rob Collins, a Perth accountant who has been a close financial adviser of Kim Ledger’s for many years.

However, scrutiny of Kim’s ability to manage his son’s will was sparked this month by a public warning from Kim’s estranged brothers.

Kim’s brothers questioned his ability to handle the financial affairs after his mismanagment in the ’80s of the $2 million estate of their late grandfather Sir Frank Ledger.

Kim’s brother said Kim borrowed heavily against Sir Frank Ledger’s assets, leaving the estate in debt by the time the WA Supreme Court removed him as administrator of Sir Frank’s will in 1994.

Heath’s father failed to return repeated attempts for comment by the Telegraph.