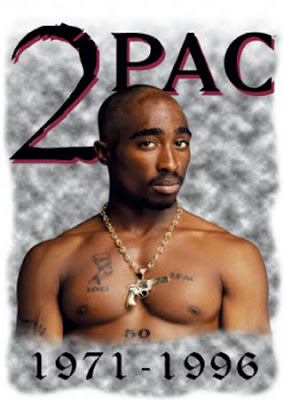 A newspaper has issued an apology to P.Diddy after claiming he was involved in 2Pac being shot 14 years ago.

Now the US paper has admitted supposed FBI Documents their report was based on had been faked by a prison inmate.

P.Diddy and The Game’s manager Jimmy Rosemond- who was also named in the article- both called the claims ‘ridiculous.’

Both the prestigious LA Times and Pulitzer prize winning writer Chuck Phillips have been forced into embarrassing apologies.

2Pac was killed in September 1996, seven months later The Notorious BIG was also killed. Both their murders remain unsolved.
http://www.mtv.co.uk/channel/mtvuk/news/27032008/411572/diddy_2pac_story_faked

The LA Times said the story was based on fabricated documents.

In a bizarre turnaround, probably the most embarrassing moment for the Los Angeles Times, the daily newspaper printed an apology Thursday for its recent story on the 1994 attack on Tupac Shakur.

Less than a day after TheSmokingGun reported that some of the documents used by reporter Chuck Philips were faked by a forger, the LA Times admitted that the story was based on documents that were frabricated. ...

In his story, Philips purported that rap manager Jimmy Rosemond and another promoter, identified as Sabatino, were behind the November 1994 ambush shooting of Shakur at a New York recording studio and that they had the rap star shot to earn points with Bad Boy Records boss Sean Diddy Combs. The relevant information was taken from FBI records that Philips said were indeed faked.

Both Combs and Rosemond vehemently denied any direct involvement in the plot before and after the LA story went public. Combs' lawyer Howard Weitzman said he believed the article met the legal standard for "actual malice," which means Combs would be able to sue for libel. Rosemond's lawyer has also threatened to file a lawsuit over the piece.

The Times did not identify the supplier of the fabricated FBI documents, but Philips believed its authenticity because they had been filed in court. However, after closer inspection by the Smoking Gun, there were obvious misspellings and inconsistencies with FBI protocol.

http://www.newsoxy.com/tupac_shakur_story_fabricated_says_la_times/article10626.htm
Posted by Alex Constantine at 10:20 AM