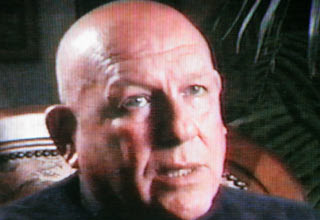 MOSCOW — A Russian court has ordered the extradition of a former Israeli commando wanted in Colombia for training illegal private armies.

Yair Klein was arrested at a Moscow airport in August on an Interpol warrant after being convicted in Colombia of training the private armies of drug cartels and right-wing death squads.

Officials say the Russian prosecutor general's office decided to extradite Klein and that decision was upheld by the Moscow City Court on Tuesday.

Klein - a former lieutenant colonel in the Israeli army - was convicted by a Colombian court in 2001. Colombian authorities had unsuccessfully demanded his extradition from Israel.

He was sentenced in absentia to nearly 11 years in prison for his role in the 1980s training of far-right paramilitary groups responsible for mass murder and widespread land theft during a decade-long reign of terror across Colombia's countryside.

Klein also was accused of training the private army of the late drug lord Pablo Escobar on how to carry out high-profile killings, such as the 1989 assassination of cartel-fighting presidential candidate Luis Carlos Galan.

In last year's interview from Israel with Colombia's Caracol television, Klein admitted helping to train right-wing militias on how to defeat leftist rebels, but denied working with the country's cocaine cartels.

Reports said Klein had served as a member of an elite Israeli army commando unit and formed his own security firm, Spearhead Ltd., after his resignation.