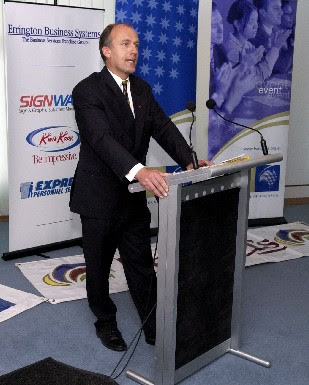 TASMANIAN Liberal senator Eric Abetz yesterday dismissed as political "muck-raking" the dredging up of details about his German family's notorious Nazi past.

Senator Abetz, who was the federal forestry and fisheries minister in the Howard government, accused the Rudd Government of smearing and defaming his good name by "peddling" the information to the media.

He publicly acknowledged that his great-uncle, Otto Abetz, was "heavily involved" in Hitler's Nazi regime in World War II and was a convicted Nazi war criminal. But Senator Abetz, 50, said his grandfather's brother had died just after he was born and that "he had never met the man".

"To link me to his war crimes represents a new political low and Kevin Rudd needs to condemn it," an angry Senator Abetz said at a hastily called press conference in Hobart.

SS Brigadefuhrer Otto Abetz was part of Hitler's inner Nazi regime. He was appointed the Nazi ambassador to occupied France for four years at the height of World War II, where he was responsible for sending thousands of French Jews to their deaths in the Holocaust.

Senator Abetz called a press conference yesterday after becoming aware an interstate paper was to publish an article today written by its Canberra political correspondent highlighting his family's Nazi past. He called the family link with his great-uncle "distant and tenuous" and said most Australians would find the politically motivated "slur by association" nothing more than "distasteful muck-raking".

"It is an historical fact that my grandfather's brother was heavily involved in the Nazi regime of Germany," Senator Abetz said. "He died in the same year I was born. I never met the man. I think most reasonable Australians would regard any attempt to slur me by association with such a distant relative as completely unfair and un-Australian."

Senator Abetz said publication of his great-uncle's Nazi background in a sensational manner showed that political journalism in Australia had reached a new low.

He blamed the Rudd Government, and particularly Victorian senator and Labor powerbroker Robert Ray, for spreading innuendo about his family's Nazi connections. In the Senate last year on September 19, Senator Ray interjected while Senator Abetz was speaking with a reference to "Otto".

Senator Abetz claimed that other references were also made, although not logged by official Hansard transcripts, to "Uncle Otto" and "showers". He said how and why the story had ended up in the media "only the Labor Party can answer". "I ask all Australians to judge me on my public conduct rather than on the past of my father's uncle, which is about as tenuous a link as you can get," Senator Abetz said.

"I don't want to canvass in any detail, because I think it is irrelevant, the activities of someone who is so distant in my family tree that he isn't even directly related to me in a direct ancestral line.

"But (the fact) it has even been brought up is quite bizarre and the only reason it has been is to damage me by association and that is what is so distasteful about this story."

Otto Abetz was a key player in Hitler's Nazi regime during World War II, rising to the rank of Brigadefuhrer or Brigadier General with the Schutzstaffel, more commonly known as the feared SS. Close to both Adolf Hitler and Nazi Foreign Minister Joachim von Ribbentrop, Otto Abetz was the Nazi ambassador to occupied Vichy France from November 1940 to August 1944.

There he played a major role in rounding up French Jewish families, including women and children, and deporting them from Paris to Nazi concentration camps. Thousands died.

"Uncle Otto" was also responsible for collecting priceless artworks confiscated from Jewish families and for disseminating Nazi propaganda in occupied France. According to the internet's Wikipedia, Otto Abetz was captured by Allied authorities in 1945 and later sentenced by a French court to 20 years' imprisonment for war crimes related to his direct role in the deaths of thousands of French Jews.

He was released early in April 1954 from Loos prison but died four years later in a suspicious car accident on a major German highway, which was speculated to have been revenge for his wartime activities.

Senator Abetz, who was born in Stuttgart, said yesterday his great-uncle "was tried for war crimes, did his time, and died the year I was born".

In 1961, Senator Abetz's parents and their six children (Eric, then aged 3, was the youngest) migrated from Germany to Tasmania under an assisted passage paid for by the then-Labor state government.

He graduated in law from the University of Tasmania, where he was an active member of the Australian Liberal Students Federation and first joined the Liberal Party. After practising as a barrister and solicitor, he became a Liberal senator for Tasmania in March 1994.

The Attorney-General was set to controls what Australians read on a website to can blacklist sites at will. The details were in the Coalition Bill to amend the Australian Broadcasting Services Act 1992 to expand the black list of Internet addresses (URLs) (now maintained by the Australian Communications and Media Authority (ACMA)). The changes to the law would give the Attorney-General the power to bar access to website. It was one of a very large number of Bills tabled in a pre-election frenzy - to use the Government majority in the Senate - aided by Labour, which weirdly, and wimpishly, usually colludes to create the majority. The Bill was adjourned to the first sitting day of the next period. Even after the election, government may control a Senate majority until June.

Why government wants to censor the Internet: Senator Eric Abetz Liberal, (Tasmania—Manager of Government Business in the Senate) said “the Government’s recent review of the E-Security National Agenda found that the e-security landscape has changed significantly with the emergence of sophisticated, targeted and malicious online attacks. Many of these attacks are associated with websites used by criminals to perpetrate fraud or circulate malicious software. ...

• The proposed amendments will allow the Australian Federal Police Commissioner to refer additional Internet content that is outside the NCS to ACMA for black listing.

The censorship plan: Domestic and overseas hosted sites that

• encourage, incite, induce or facilitate the commission of a Commonwealth offence, such as ‘phishing’ websites, and

• websites which promote, fundraise or recruit for terrorist organisations will be added to the black list.

“For example, a false bank website that is designed to obtain people’s banking passwords to steal money from their account could be added to the black list.

How your home ends up on the black list: The black list is used by Internet Service Providers (ISPs) to automatically filter sites where customers have subscribed to a filtered service. It is also provided to Family Friendly Filter members of the Internet Industry Association (IIA) so they can upgrade their filter products. Filter suppliers under the NetAlert – Protecting Australian Families Online program are required to filter the ACMA black list websites. This means that all families that take advantage of the free NetAlert filters will benefit from the expanded black list.

Plans to make State censorship standard: “The new arrangements will allow harmful sites to be more quickly added to software filters. Of course the best outcome is for these sites to be taken down and their hosts prosecuted. But this takes time, particularly as most of these sites are hosted overseas. Rapid black listing means that the damage these sites can do can be more quickly reduced whilst take-down and prosecution processes are pursued, usually overseas. A website only needs to be online for a short period to do harm”.

Guidelines for black listing websites: The guidelines for black listing crime and terrorism related websites will be made by the Attorney-General and will be publicly available on the Federal Register of Legislative Instruments and also subject to Parliamentary scrutiny as a disallowable instrument under the Legislative Instruments Act 2003. Ordered that further consideration of the second reading of this bill be adjourned to the first sitting day of the next period of sittings, in accordance with standing order 111