Karadzic protected by US until he broke 'deal': Belgrade report

Partly echoing what Karadzic himself told the International Criminal Tribunal for the former Yugoslavia (ICTY) in his opening written submission, the paper claims Karadzic was secretly granted immunity in return for keeping a low profile.

"Karadzic, indicted for genocide and war crimes, was under the US protection until 2000, when the CIA intercepted his telephone conversation that clearly proved he personally chaired a meeting of his old political party," the daily quoted a "well-informed US intelligence source" as saying.

In a submission to the International Criminal Tribunal for the former Yugoslavia (ICTY), Karadzic said the US peace negotiator in Bosnia, Richard Holbrooke, had promised he would avoid trial if he withdrew from public life. 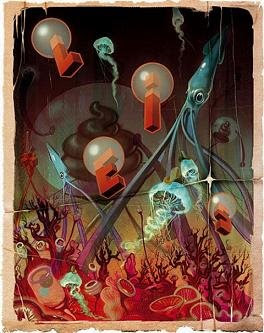 Holbrooke has insisted that no such deal existed.

The Blic source said: "I'm not sure there was a written document confirming so, but I do have Holbrooke's admission of verbal guarantees given to Karadzic from the highest level of the US."

"During the year 2000, at the time of the (November general) elections in Bosnia, the CIA learned that Karadzic was still leading the SDS (the Serbian Democratic Party, founded by Karadzic), despite their deal that he was not to interfere in political life," the source added, cited by the newspaper.

"In 2000 there was a SDS meeting in (the eastern Bosnian town of) Bijeljina, chaired personally by Karadzic. He was providing instructions to members and the leadership who to be replaced and who to be appointed to which position," it said.

Karadzic "was personally engaged in all activities of the SDS," the source said.

"In America they went crazy realizing Karadzic was making a fool of them," it said, adding that "the Americans and CIA then withdrew the informal protection enjoyed by Karadzic."

The suspect also was granted the immunity from the arrest by other intelligence services, such as the French and British one, as a part of the deal with the CIA, the daily said.

Karadzic was arrested in Belgrade last month and transferred to the ICTY to tried for his role in the 1992-1995 war in Bosnia.
Posted by Alex Constantine at 4:04 AM