A few weeks back, Republican legislators were mewling and puking over auto worker income and demanding pay cuts - in fact, the bailouts stalled on that point, it was supposedly so critical ... but the average worker in the financial sector makes several times an auto worker's pay, and no one proposed pay cuts by them ... and then there's AIG ... 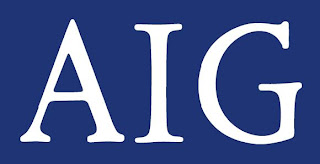 " ... Hearings may put new pressure on AIG to explain why managers will get as much as $4 million after the company accepted a taxpayer-funded bailout now valued at about $150 billion. ... "

Jan. 16 (Bloomberg) -- American International Group Inc., the insurer giving employees at least $619 million in retention pay, may face a congressional hearing on compensation policies put in place after being bailed out by the government.

A hearing could be held as soon as March, said Representative Elijah Cummings, a member of the House Committee on Oversight and Government Reform. Chief Executive Officer Edward Liddy is paying at least 4,200 employees to remain while he dismantles the company, AIG said yesterday in documents provided to Cummings.

Edolphus Towns, chairman of the committee, “is telling me they definitely will be holding a hearing,” Cummings said yesterday in an interview. Shrita Sterlin, a spokeswoman for Towns, said AIG was “a priority,” in addition to other issues remaining from his predecessor, former chairman Henry Waxman.

Hearings may put new pressure on AIG to explain why managers will get as much as $4 million after the company accepted a taxpayer-funded bailout now valued at about $150 billion. Cummings, a Maryland Democrat, has requested information on the retention program, originally described in a September filing as covering 130 executives.

AIG disclosed in a November regulatory filing that it was paying $469 million to help retain at least 2,231 employees. It said business units also had retention programs, without listing how many workers were included. ...