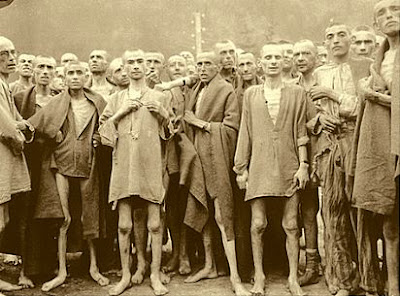 ROME (JTA) -- Another traditionalist priest has publicly denied that Nazis murdered Jews in gas chambers during the Holocaust.

"I know that the gas chambers existed, at least to disinfect [inmates]," the Rev. Floriano Abrahamowicz said in an interview Thursday with Italy's Tribuna di Treviso newspaper.

Like Richard Williamson, whose rehabilitation by Pope Benedict XVI despite his denial of Nazi gas chambers sparked a crisis in Jewish-Catholic relations, Abrahamowicz is a follower of the late traditionalist Bishop Marcel Lefebvre.

Abrahamowicz said he could not say if people were killed in the gas chambers because he had not studied the question. He said, however, that he did not doubt that 6 million Jews "or even more" were killed in the Shoah. But he went on to compare the Holocaust to "other genocides" that did not receive the same amount of public recognition. These included the Allied bombing of German cities -- and Israel's actions in Gaza.

"And the Israelis can't tell me that the genocide that they suffered from the Nazis is less serious than that of Gaza because they have killed several thousand people while the Nazis killed 6 million," he said.

Abrahamowicz denied he or other followers of Lefebvre were anti-Semitic, and noted that he came from a Jewish family on his father's side. He described the Jewish people, however, as "God killers" and called on Jews to "embrace our Lord Jesus Christ."