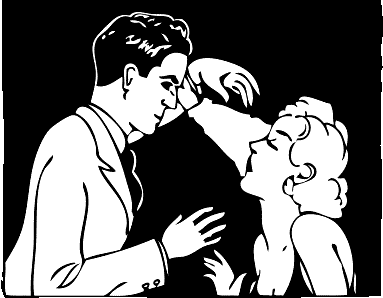 Caveat: Some of the information in this documentary is misleading. McGill University's Dr. Cameron, for instance, is CIA media bait - funded by the Agency's Human Ecology Fund to provide a fall guy in the event of exposure. The media have been all over Dr. Cameron for decades, as intended - but ignored CIA mind control overall, also as intended - because he was meant to be exposed: a limited hang-out. CIA officials knew from the beginning that Cameron was certifiably "crazy," and his bizarre experiments could be dismissed as weird aberrations of a delusional mind, and not representative of still secret and highly efficacious CIA projects. If the public knows anything about CIA mind control at all, they know about Dr. Cameron and little else. And since he was a quack, he is easily laughed off. The extensive classified CIA experimentation regimen receives no press, involves the torture and murder of innocent subjects (and anyone who happens to investigate - I was tortured by the CIA for this reason), and is not so easily laughed off as Dr. Cameron, who stands in for an ambitious fascist program that remains classified and lethal, eg. Jonestown.

And Communist interest in mind control in the Fifties was a CIA cover story, like WMDs in Iraq. Russia and China actually took their cues from the US, not vice versa.

A discussion of National Geographic's own CIA ties is appended at the end of the article.

On the 40th anniversary of Robert F. Kennedy's assassination on June 5, 1968 and death on June 6th, National Geographic has produced a powerful new documentary, CIA Secret Experiments. This riveting video reveals astonishing new facts on the assassination at minutes 28 to 37. Numerous facts in the film suggest that RFK may actually have been killed by a manchurian candidate programmed to commit the murder under the influence of hypnotic mind control.

The RFK assassination is only one section of what is one of the best documentaries exposing top secret government mind control programs. To view a five-minute trailer of this disturbing, yet incredibly important video visit the first link below. For the entire 45-minute film see the second link. For an even more revealing documentary on the same topic by the History Channel, click here.

Here's how the film is described on the National Geographic website at the first link above:

"It's the height of the Cold War and the United States government is desperate to combat the spread of Communism. The CIA launches a highly classified, top secret research program into the covert use of biological and chemical agents. In simulated attacks on enemy populations, entire cities in America are contaminated with bacteria, exposing millions of Americans to germ warfare. But the real focus of the research is on mastering the art of mind control.

"Psychiatrists at top academic institutions work under secret contract with the agency. Psychiatric patients, prisoners, even unwitting members of the public are exposed to a startling array of experiments designed to facilitate interrogations, induce amnesia and program in new behavior. Every psychological technique is explored, including hypnosis, electroshock therapy and lethal cocktails of drugs. What was the extent of these brainwashing experiments? How did the CIA become involved in such far-reaching and disturbing research? Join us as National Geographic presents: CIA Secret Experiments."

This powerful National Geographic video documents how for decades, top secret government projects worked virtually non-stop to perfect means of controlling the human mind. Though for many years the government denied that these projects even existed, the details have long been preserved in thousands of pages of now declassified government documents reluctantly released through the Freedom of Information Act. LSD and electroshock therapy in huge doses given to unsuspecting citizens are only a part of this unbelievable program.

CIA Secret Experiments blows the lid off years of chilling experiments, drawing on the above-mentioned declassified documents and interviews with some of the victims. Hear from John Marks, the author of In Search of the Manchurian Candidate, who originally broke the story of the CIA's abuses by unraveling the mysteries contained in the declassified documents. Learn how many of the most important records pertaining to the mind control experiments were destroyed by the director of the CIA in an attempt to prevent the details from ever being known.

The projects involved brutal, at times lethal experiments on thousands of unsuspecting citizens in direct defiance of law, all ethical codes, and basic human rights. Interviews with top psychiatrists, lawyers, and victims send chills up the spine. U.S. intelligence agencies spent millions on these mind control projects with a goal of creating programmable human spies. A former head of the American Psychiatric Association, Dr. Ewen Cameron, is one of many highly respected doctors who erased the personalities of thousands of unsuspecting victims, while many in the profession simply turned a blind eye.

You can help to stop these abuses by sharing this information with your friends and colleagues and bringing this crucial information to the attention of the media and our political representatives. By working together, we can and will build a brighter future for ourselves and for future generations.

Final Note: WantToKnow.info believes it is important to balance disturbing cover-up information with inspirational writings which call us to be all that we can be and to work together for positive change. Please visit our Inspiration Center at http://www.WantToKnow.info/inspirational for an abundance of uplifting material.

See our archive of revealing news articles at http://www.WantToKnow.info/indexnewsarticles
•••
National Geographic, "Voice of the CIA"

If you want to know which countries the Pentagon is about to invade, look at the National Geographic. The latest edition of the magazine, dated November 2004, has an article on the "Geography of Terror." The article, written by Walter Laqueur who recently retired from the Kissinger Chair at the Centre for Strategic and International Studies in Washington, seems full of obvious disinformation.

The article refers to a number of countries:

Ireland – the article fails to mention US financing of terror groups, and the allegation that most of the worst incidents were the work of the UK security services.

Europe – the article fails to mention the CIA links to the terror which hit Italy in the 1980s. Remember the bombs in railway stations that ‘were the work of fascist groups with CIA connections’.

Indonesia – the article fails to mention (1) the CIA terror used to topple President Sukarno and then President Suharto (2) the US training of the generals who have been associated with terror in East Timor, the Spice Islands and elsewhere (3) the links between the US trained Indonesian military and ‘Moslem’ terror groups such as Laskar Jihad (4) the alleged involvement of the Indonesian military in the Bali bomb.

Palestine – the article does not make it clear that (1) the Palestinians were driven from their land by Jewish terrorist groups (2) the Israelis initially aided Hamas in order to weaken Arafat (3) the USA supports Israel in its occupation of Palestinian land and defiance of UN resolutions and in its possession of weapons of mass destruction.

Iraq – the article fails to mention the body of evidence that Saddam was a CIA agent and was put into power by the USA.

Al Qaeda – the article promotes the myth of al Qaeda. It fails to mention (1) the bin Laden links to the Bush family (2) bin Laden’s Jewish mother (3) bin Laden’s death in December 2001 (4) the controlled explosions that brought down the Twin Towers on 9 11 (5) the training of the alleged hijackers at US military bases.