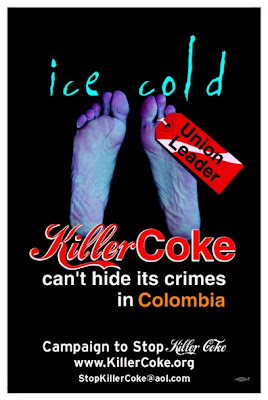 Also see: "The Value of Alvaro Uribe's Medal of Freedom"

(IPS) - Declassified U.S. documents show that the CIA and former U.S. ambassadors were fully aware, as far back as 1990, that the military in Colombia -- the third largest recipient of U.S. aid after Israel and Egypt -- were committing extrajudicial killings as part of "death squad tactics."

They also knew that senior Colombian officers encouraged a "body count" mentality to demonstrate progress in the fight against left-wing guerrillas. In an undetermined number of cases, the bodies presented as casualties in the counterinsurgency war were actually civilians who had nothing to do with the country’s decades-old armed conflict.

Since at least 1990, U.S. diplomats were reporting a connection between the Colombian security forces and far-right drug-running paramilitary groups, according to the Washington-based National Security Archive (NSA).

In the meantime, the U.S. State Department continued to regularly certify Colombia’s human rights record and to heavily finance its "war on drugs."

The declassified documents were published Jan. 7 by the NSA, a non-governmental research and archival institution located at the George Washington University that collects, archives and publishes declassified U.S. government documents obtained via the Freedom of Information Act.

NSA’s Colombia Project identifies and secures the release of documents from secret government archives on U.S. policy in Colombia regarding issues like security assistance, human rights, impunity and counternarcotics programmes.

"These records shed light on a policy -- recently examined in a still-undisclosed Colombian Army report -- that influenced the behaviour of Colombian military officers for years, leading to extrajudicial executions and collaboration with paramilitary drug traffickers," says the NSA report released last week.

The secret army report mentioned by the NSA led in late 2008 to the dismissal of 30 army officers and the resignation of Gen. Mario Montoya, the Colombian army chief who long "promoted the idea of using body counts to measure progress against the guerrillas," writes the author of the NSA report, Michael Evans.

In one of the declassified documents obtained by the NSA, then U.S. Ambassador Myles Frechette complained in 1994 about the "body count mentalities" among Colombian army officers seeking to climb through the ranks. 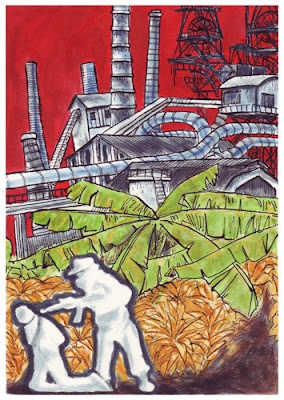 Evans, director of the NSA Colombia Project, states in his report that "the documents raise important questions about the historical and legal responsibilities the Army has to come clean about what appears to be a longstanding, institutional incentive to commit murder."

"But the manner in which the investigation was conducted -- in absolute secrecy and with little or no legal consequences for those implicated -- raises a number of important questions," says Evans, who asks "when, if ever, will the Colombian Army divulge the contents of its internal report?"

The question of extrajudicial killings by the army made the international headlines and drew the attention of the United Nations after a scandal broke out in the Colombian media in September 2008 over the bodies of young men reported by the armed forces as dead guerrillas or paramilitaries.

It turned out that the men had gone missing from their homes in slum neighbourhoods on the southside of Bogotá and that their corpses had turned up two or three days later in morgues hundreds of kilometres away.

Since then, scores of cases of "body count" killings by the army, also known as "false positives," have emerged.

Although the government expressed shock and indignation, evidence soon began to emerge of a pattern that dated back years.

As defence minister under current President Álvaro Uribe, Camilo Ospina, who is now Colombia’s ambassador to the Organisation of American States (OAS), signed a 15-page secret ministerial directive in 2005 that provided for rewards for the capture or killing of leaders of illegal armed groups, for military information and war materiel, and for successful counterdrug actions.

According to the W Radio station, which reported on the secret directive in late October, it could have encouraged extrajudicial killings under a new system, which may include "a mafia of bounty-hunters allied with members of the military."

But in the view of Iván Cepeda, spokesman for the National Movement of Victims of State Crimes (MOVICE), "this is not about an infiltration of organised crime in the armed forces, nor about people who have broken the law. As the NSA report shows, this is an institutional practice that has been followed for decades."

The Defence Ministry directive encouraged the phenomenon by creating a system of incentives that rewards "results" in the form of battlefield casualties, "discounting accepted methods and controls and the observance of human rights and international humanitarian law," he said.

Cepeda also maintained that the activities of far-right death squads and the army’s "body count" killings were connected, and that the military used the paramilitaries to show results.

"The paramilitaries delivered to the army the bodies of people who were supposed members of the guerrillas but who were actually people selectively killed by those (paramilitary) groups," he told IPS.

When the killings became more and more widespread, the armed forces themselves asked the paramilitaries to hide the remains, to keep the country’s homicide rate from soaring any further, paramilitaries who took part in a demobilisation process negotiated with the right-wing Uribe administration have confessed.

The declassified documents demonstrate "that the U.S. military as well as U.S. diplomats and governments have taken a complacent stance towards this kind of practice," said Cepeda.

The declassified records are in line with the results of "Colombia nunca más" (Colombia never again), a monumental effort to document human rights abuses carried out by 17 organisations since 1995.

"’Colombia nunca más’ has created a databank on 45,000 (human rights) violations, including around 25,000 extrajudicial executions and 10,000 forced disappearances, committed between 1966 and 1998," said Cepeda. Colombia’s two insurgent groups emerged in 1964 and the paramilitaries in 1982, although the latter launched a lethal offensive beginning in 1997.

Cepeda told IPS that in the next few months, MOVICE would begin to organise the families of victims of extrajudicial killings, which would culminate in a national meeting to discuss "what routes of documenting the truth and obtaining justice can be followed in an organised manner by the families of the victims of this practice."

The earliest of the declassified documents obtained by the NSA is a 1990 cable signed by then U.S. Ambassador Thomas McNamara, addressed to the State Department and copied to the Defence Department, the U.S. army Southern Command, and the U.S. embassies in Venezuela, Bolivia, Ecuador and Peru.

The cable, whose subject line reads "human rights in Colombia -- widespread allegations of abuses by the army," cites reports that an army major "personally directed the torture of 11 detainees and their subsequent execution…carried out by cutting of the limbs and heads of the still living victims with a chain saw."

Referring to the connection between army officers and the paramilitaries, the ambassador stated that many "officers continue to discount virtually all allegations of military abuses as part of a leftist inspired plot to discredit the military as an institution."

In addition, the cable mentions "strong evidence linking members of the army and police to a number of disappearances and murders which took place earlier this year in Trujillo, Valle de Cauca department."

"The military reported to the press that, on that date, it killed 9 guerrillas in combat in El Ramal, Santander department. The investigation by Instruccion Criminal and the Procuraduria (legal authorities) strongly suggests, however, that the nine were executed by the army and then dressed in military fatigues. A military judge who arrived on the scene apparently realised that there were no bullet holes in the military uniforms to match the wounds in the victims’ bodies, and ordered the uniforms burned," said the ambassador.

As sources told the ambassador, "all of the victims were part of the same family, and one of them, said by the army to have been a guerrilla, was 87 years old."