Tom Daschle: Agent of Change or Hair of the Dog? 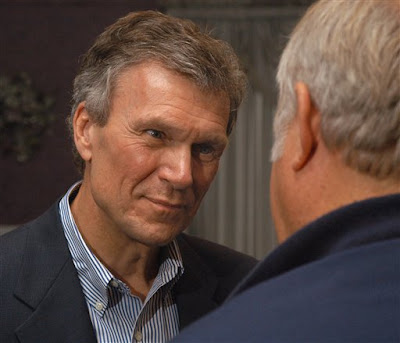 There Goes Another Campaign Promise ...

" ... Obama said he wouldn't appoint lobbyists in his administration, yet selected for a cabinet post Tom Daschle, who turned lobbyist after he lost his senate seat. ... " 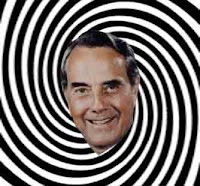 “Any new insurance coverage must be delivered through private insurance plans,” said Senator Michael B. Enzi, Republican of Wyoming and his party’s ranking member on the Health committee, in prepared comments for the hearing, the panel’s first session of the year.

... Daschle was welcomed as a former colleague by members of both parties. Robert J. Dole, the former Republican U.S. senator from Kansas, introduced him. ... Daschle and Dole work for the same law firm, Alston & Bird. Dole, 85, a former Senate majority leader like Daschle, said the firm is “where he works and I just show up.”

“There are a lot of areas where I think there is consensus,” Senator Orrin Hatch, a Utah Republican, told Daschle. ...

" ... Health and Human Services Pick Tom Daschle had a hearing back on Jan. 8, but he must now appear before the Finance Committee as well; his confirmation process has slowed, the Wall Street Journal reported today, 'as the Republican staff on the Senate Finance Committee staff examines his tax records and his association with an education-loan provider that is separately under committee scrutiny.' ... "

... Speaking of lobbyists…That lauded great head “liberal” of the Obama cabinet, Tom Daschle, former Senate leader, is now hailed as the Wizard of the Office of Health Reform and nominee for Health and Human Services.

Ignore that lobbyist behind the curtain. The Wizard has a not-so-well-kept secret. His wife, Linda Hall Daschle, is one of the most influential lobbyists in Washington D.C. And Daschle himself was a paid “consultant” for the law firm Alston and Bird and sits on the board of several health related industries.

According to a recent investigation by the Washington Post of Senate lobbying reports, Linda Hall Daschle, has aerospace and airline industry clients, but also lobbied for some “health care-related firms in the past.”

The Post article states she had such accounts as the pharmaceutical company Amgen Inc. and cigarette makers Lorillard Tobacco and Philip Morris Cos. in 1999. I didn’t know the “tobacco lobby” was a health-related industry, except for maybe causing “poor health” among its clientele. Oddly enough, Mrs. Daschle has her bases covered: Amgen Inc. manufactures drugs to battle cancer.

Despite these conflicts of interest, Tom Daschle’s appointment is a slam dunk for President Obama. While it’s not actually crossing the line, Daschle’s recent work is close enough to argue the ethics of making a “no lobbyist” pledge to his supporters. ...

" ... In September, Pelosi joined with Bush to plunder even more of the Treasury for their corporate cronies under the guise of a $700 billion Wall Street bailout. Pelosi with other congressional Democrats stood at the microphones, salivating at the prospect of helping Bush loot the U.S. Treasury. The scene was sickeningly reminiscent of Senate Democratic leaders Tom Daschle and Richard Gephardt, with presidential ambitions on their sleeves, rush to the White House six years earlier embracing Bush and his illegal and immoral preemptive attack on the people of Iraq. ... "
Posted by Alex Constantine at 12:53 PM