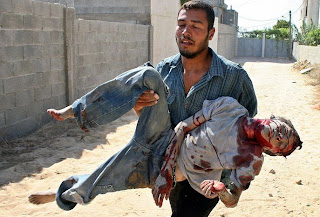 LA PAZ, Bolivia (AP) — President Evo Morales announced Wednesday he was breaking relations with Israel over its invasion of the Gaza Strip and said he will ask the International Criminal Court to bring genocide charges against top Israeli officials.

Morales told the country's diplomatic corps that the Israeli attack "seriously threatened world peace" and he called for Prime Minister Ehud Olmert and his Cabinet to face criminal charges.

Morales chided the United Nations' "Insecurity Council" for its "lukewarm" response to the crisis and said the U.N. General Assembly should condemn the invasion. 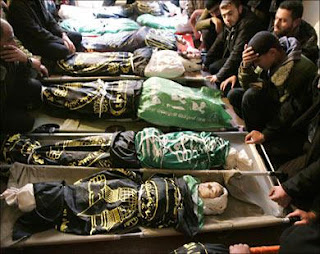 He also said Israeli President Shimon Peres should be stripped of his Nobel Peace Prize for failing to stop the invasion.

Israel launched the onslaught in Gaza on Dec. 27, seeking to force the ruling Hamas militant group to stop rocket attacks on southern Israel. The offensive has killed more than 940 Palestinians, about half of them civilians, according to Palestinian officials.

Morales and Chavez have worked to cultivate ties to Iran, which supports Hamas. Morales met Tuesday with visiting Iranian officials, who gave him a letter from Iranian President Mahmoud Ahmadinejad thanking Morales for his previously voicing supporting for the Palestinians.