Newt Gingrich Should Go Back To Writing Science Fiction! 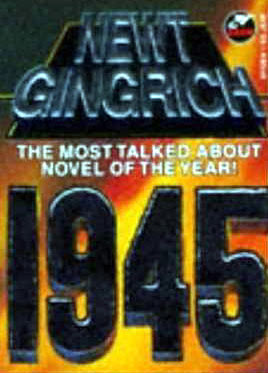 " ... It's not quite your standard Nazis-win-World-War-II book. Okay, it mostly is. But it's slightly different. ... It's been said that a lot of alternate history contains an element of wish-fulfillment, and it's possible there's some of that at work here. ... "

With a new era of Democratic governance dawning, poor old Newt Gingrich is more irrelevant than ever. So now's the perfect time for him to write the long-awaited sequel to his cheese-tastic alt-history thriller 1945.

I wouldn't exactly describe 1945 as a good book, but it is a great towering piece of cheese. If it was a movie, we'd be giving it a primo spot in our "found footage" series. Co-written with historian William R. Forstchen, it takes place in an alternate version of 1945.

But wait — it's not quite your standard Nazis-win-World-War-II book. Okay, it mostly is. But it's slightly different. In this version, Hitler gets injured in a plane-crash just before Pearl Harbor. While Hitler is in a coma, the remaining Nazi leaders manage to avoid war with the U.S., which concentrates on defeating Japan conclusively (and also crushes the Maoists in China.) The Nazis, meanwhile, defeat the Soviet Union and conquer Europe — except for England, with which they form an uneasy truce. But now, as both Germany and the U.S. declare victory, a new war between them seems to be brewing.

It's been said that a lot of alternate history contains an element of wish-fulfillment, and it's possible there's some of that at work here. After all, here's an alternate world where Communism pretty much gets nipped in the bud in the 1940s. As long as the U.S.finally does defeat Germany, you could argue that it's a nicer version of events than what actually happened. (Apart, of course, from all the extra Jews and other Europeans the Germans manage to slaughter in this version.)

In any case, whether 1945 is as historically dodgy as many have claimed, it contains several vital elements of total awesomeness. For one thing, the triumphant Nazi Germany spends its time developing what the back cover describes as "science fiction super-weapons." You think I'm kidding? How about rockets that are remotely guided via television cameras?? Or super jets with "drop tanks" to provide ground support? Plus super-rockets? And hydrogen-powered submarines? 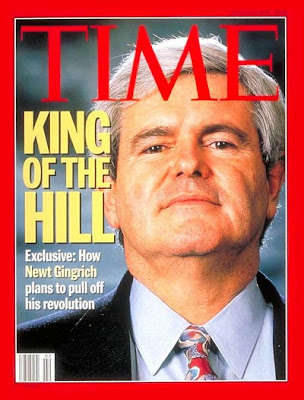 Plus, every villain in the book is hideous and crazy. Hitler has surived the war, but thanks to his 1941 plane crash, he's scarred and demonic. And then there's the book's main villain, a Nazi agent named Skorzeny who's trying to sabotage the Manhattan Project. (In this universe, the U.S. doesn't have the atomic bomb yet.) At some point, Skorzeny gets injured and loses an eye, so he can get either an eyepatch or maybe some kind of cyborg eye. In this passage, our hero, the square-jawed Jim Martel, tries to shoot down Skorzeny's plane and fails:

Now, ammunition gone, he could only watch as the second and then the third plane lifted off. Unlike the second plane, the third stayed lowe as the pilot pushed in just enough left rudder to cause the plane to crab onto the edge of the grass strip so that it passed by not twenty feet away from where Jim stood. Otto Skorzeny looked down, grinning demonically.

And James Martel finally understood the meaning of hatred.

Lots of passages in the book end like that, by the way. There's also a sequence where Jim is accused (falsely) of being a double agent, and he stands up to the FBI bullies who are pushing him around. And it ends with the sentence: "Grierson was learning to hate James Martel."

Oh, and another Nazi agent, Richer, likes to kill and occasionally brutalize teenage girls. Caught in the act by some U.S. cops, he gets injured and captured. A cop named Lloyd points his shotgun first at Richer's chest, and then it slowly drifts downwards as Richer protests, "I was just having a litlte fun. It got out of hand, is all. I got excited. You know how it is." Lloyd replies: "Yeah, 'yer right. There ain't nothin' like havin' a little fun." As his shotgun continues to drift down... You can see where this is going, right?

"I wasn't the only one!" Richer's voice was high-pitched as a girl's.

"The other ones didn't have blood on their hands," the sheriff replied, then added calmly. "Now you see if you think this is fun, you Nazi bastard."

They left Richer lying there, his groin a red mass. He was still alive, but he wasn't having any fun.

I like the subtle understatement of "he wasn't having any fun." Plus it calls back to the earlier part where Richer says he was having fun. Subtlety is what 1945 is all about. There's also a wonderful subplot involving a sexy Swedish spy who seduces the president's Chief Of Staff and gets him to give her massive infodumps while performing an unspecified sex act. She has really big eyes that he can't resist.

Sadly, 1945 ends with a cliffhanger, and Gingrich and Forstchen have never continued the saga. Will the U.S. win this version of WWII? What about those Nazi science fiction super weapons? Will camera-guided rockets, with 1945-era cameras, really work?

http://io9.com/5135762/newt-gingrich-should-go-back-to-writing-science-fiction?skyline=true&s=x
Posted by Alex Constantine at 9:09 AM