US Veterans Sue CIA for Drug and Mind Control Experiments

" ... Lasting from 1950 to 1975, the experiments took place at Edgewood Arsenal in Maryland. According to the lawsuit, some of the volunteers were even implanted with electrical devices in an effort to control their behaviour. ... " 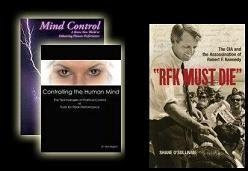 It was 1968, and Frank Rochelle was 20 years old and fresh out of Army boot camp when he saw notices posted around his base in Virginia asking for volunteers to test uniforms and equipment. That might be a good break after the harsh weeks of boot camp, he thought, and signed up.

Instead of equipment testing, though, the Onslow county, North Carolina, native found himself in a bizarre, CIA-funded drug testing and mind-control programme, according to a lawsuit that he and five other veterans and Vietnam Veterans of America filed last week. The suit was filed in federal court in San Francisco against the US department of defence and the CIA.

The plaintiffs seek to force the government to contact all the subjects of the experiments and give them proper healthcare.

The experiments have been the subject of congressional hearings, and in 2003 the US department of veterans affairs released a pamphlet that said nearly 7,000 soldiers had been involved and more than 250 chemicals used on them, including hallucinogens such as LSD and PCP as well as biological and chemical agents.

Lasting from 1950 to 1975, the experiments took place at Edgewood Arsenal in Maryland. According to the lawsuit, some of the volunteers were even implanted with electrical devices in an effort to control their behaviour. 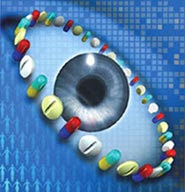 Rochelle, 60, who has come back to live in Onslow county, said in an interview that there were about two dozen volunteers when he was taken to Edgewood. Once there, they were asked to volunteer a second time, for drug testing. They were told that the experiments were harmless and that their health would be carefully monitored, not just during the tests but afterward, too.

The doctors running the experiments, though, couldn't have known the drugs were safe, because safety was one of the things they were trying to find out, Rochelle said.

"We volunteered, yes, but we were not fully aware of the dangers," he said. "None of us knew the kind of drugs they gave us, or the after-effects they'd have."

Rochelle said he was given just one breath of a chemical in aerosol form that kept him drugged for two and a half days, struggling with visions. He said he saw animals coming out of the walls and his freckles moving like bugs under his skin. At one point, he tried to cut the freckles out with a razor.

Not all the men in his group tested drugs. But he said even those who just tested equipment were mistreated.

"Their idea of testing a gas mask was to give you a faulty one and put you in a gas chamber," he said. "It was just diabolical."

The tests lasted about two months. Later, Rochelle was sent to Vietnam.

Now he's rated 60% disabled by the veterans affairs department, he said, and has struggled to keep his civilian job working on US marine bases. He has breathing problems, and his short-term memory is so bad that he once left his son at a gas station. 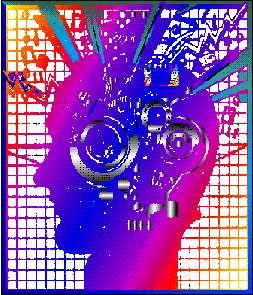 Among other problems, he said, his doctor diagnosed post-traumatic stress disorder and said it came from the drug experiment. He has trouble sleeping and still sometimes has visions from the drug, he said.

A big goal of the lawsuit, Rochelle said, is to get the word out to the thousands of soldiers who were tested. Some may have forgotten all about the tests and not know that's why they now have health problems.