Peanut Execs should be Forced to Eat their own Product

Also see: Peanut Corporation of America history and management information
The PCA's president is Stewart Parnell, and he really must try some of my aunt's superb peanut parfait, made with PCA brand peanut butter! When he is released from the Emergency Room, he may even want to market this product, tentatively christened "Patty's Pretty Putrid Peanut Paste Parfait." (Say if fast five times - if you dare.) It's Nausea-Licious! - AC 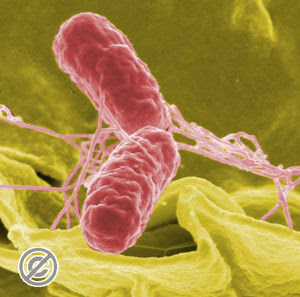 Here's a sentence that makes you want to have some executives soundly beaten:

"Peanut Corporation of America found salmonella in internal tests a dozen times in 2007 and 2008 but sold the products anyway, sometimes after getting a negative finding from a different laboratory."

Peanut Corporation of America (PCA) is ground zero for the salmonella outbreak that has killed eight people -- as in, caused eight people to be no longer living -- and made more than 500 others sick.

Now we find out that the upstanding corporate citizens running the plant in Blakely, Ga., knew their products were tainted and said what the hell, let's load it onto the trucks anyway.

Salmonella originates in animal feces and often makes its way into the food supply via people who handle food or food products and don't bother washing their hands in the bathroom. Appetizing image there.

It should be noted that PCA's products are mostly used in crackers and cereal and such. Your jars of Jif, Peter Pan and Smuckers remain blissfully uncontaminated, and their executives do not need to be thrashed. At least, not for this.

http://info.detnews.com/redesign/blogs/nealrubinblog/index.cfm?blogid=1544
Posted by Alex Constantine at 10:49 AM