“ ... 'It's really important at this stage ... to be thinking about how to institutionalize courses of action that will enable future presidents to gain the information necessary to prevent attack,' [Bush] said. This, presumably, would include the use of secret prisons, tough but legal interrogation techniques, a ban on lawsuits against interrogators, electronic eavesdropping, and monitoring of bank transfers, among other measures. ... " - Fred Barnes The Weekly Standard's Fred Barnes has penned a side-splitter with his article outlining ten things he believes George W. Bush did right during his tenure as America's criminal-in-chief.

Among them? Enhanced interrogation of suspected terrorists including the use of secret prisons, wireless eavesdropping, and waterboarding;

jettisoning U.S. law by spying without consent from federal judges; No Child Left Behind (apparently American public schools are now bastions of unbridled achievement as the result of this worthless legislation); pro-police state Justices Roberts and Alito; and last but not least, "the surge" (if military dictatorships absent the rule of law are your idea of "success," I suppose).

Barnes would be better off explaining how he can apparently go to work high everyday and still keep a job. After all, he actually writes this of Bush: "His presidency was far more successful than not. And there's an aspect of his decision-making that merits special recognition: his courage."

That Barnes actually believes this tripe is the amazing thing. But there's nothing especially "courageous" about unapologetically leading a nation down the path of totalitarianism; there's nothing benevolent about presiding over a supposedly free country with an iron fist. In fact, Fred, it's just plain evil. 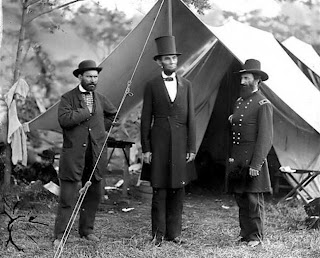 After spending several years as a journalist with The Charleston News and Courier in Charleston, South Carolina, he became a reporter for the Washington Star in 1979. Barnes covered the Supreme Court and the White House for the Star before moving to the Baltimore Sun. He was the national political correspondent at the Baltimore Sun. For ten years from 1985 to 1995, he was senior editor and White House correspondent for The New Republic. He also wrote the "Presswatch" media column for the American Spectator. He was a panelist on the public affairs show The McLaughlin Group from 1988 to 1998, where he was often referred to by the show's host as Freddy "the Beadle" Barnes.

In 1984, Barnes was chosen to be one of three panelists quizzing then-President Ronald Reagan and challenger Walter Mondale in the first nationally-televised debate of the 1984 presidential campaign.

Barnes has made cameo appearances in the Hollywood films Dave, Getting Away with Murder, Independence Day and My Own Private Idaho. He has thrown out the first pitch for a Boston Red Sox baseball game at Fenway Park.

Though having gone to separate high schools, Barnes was a friend of fellow Fox News personality Brit Hume in high school, and at The University of Virginia. Hume had gone to another elite private school, St. Albans. 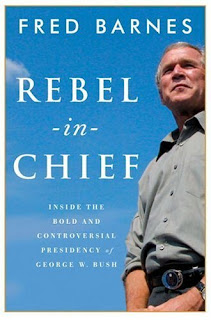 Most recently, Barnes penned a biography of President George W. Bush, Rebel in Chief. ... He has been called the "Last Bush Loyalist" for his continued loyalty to George W. Bush by Slate.com columnist Timothy Noah.

http://en.wikipedia.org/wiki/Fred_Barnes_(journalist)
•••
The World According to Barnes

" ... Conservative commentator Fred Barnes SUGGESTED this morning that John McCain emphatically campaign against gays in the military and same-sex marriage to enhance his bona fides with right-wingers and thereby improve his chances of winning the presidency. ... " 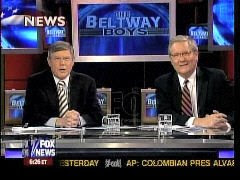 Mr. "Americans are whiners, their economic problems are in their heads" would not be my first choice

"Last night on Special Report with Brit Hume, the Fox All-Star Panel discussed the possibility that a deal on the auto bailout would include the creation of a temporary oversight position in the executive branch dubbed the 'Car Czar.' As Speaker Nancy Pelosi (D-CA) described it, the czar would be 'charged with making sure the automakers retool.' According to the Los Angeles Times, the position would be given 'far more authority than a bankruptcy judge would ever have.'

"Noting that Obama will likely have to accept whomever Bush nominates, All-Star Panelist Fred Barnes called on President Bush to appoint right-wing darling Phil Gramm to the position:

BARNES: But the car czar, whether or not they will give the car czar that much power or not, I don’t know. I have a nominee: Phil Gramm!

HUME: One senses the Obama administration might not accept him.

BARNES: They have to.
Posted by Alex Constantine at 6:40 PM