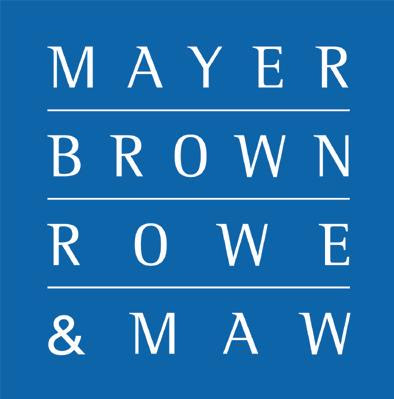 A bit of background: The Mayer Brown law firm, the subject of this story, is the home base of 9/11 commissioner Richard Ben-Veniste.

"Former Refco Inc. President Tone N. Grant was sentenced Thursday to 10 years in prison for his role in the company's collapse, covered here. According to the article, defense lawyers for Grant, a former Yale University quarterback and decorated Marine officer in Vietnam, sought a 3 1/2 year sentence. Prosecutors had asked for a sentence similar to that of former Refco Chief Executive Officer Phillip Bennett, who pleaded guilty and was sentenced last month to 16 years behind bars. ... "
http://sentencing.typepad.com/sentencing_law_and_policy/2008/08/former-refco-in.html

"Served as U.S. secretary of Commerce and is a business executive; graduated with a B.A. from Loyola University Chicago and an LL.B. from John Marshall Law School; practiced law with Daley and George and as a partner with Mayer Brown from 1993 to 1997; in 1997, became secretary of Commerce in the second Clinton administration; in 2001, was appointed president of SBC Communications Inc.; in 2004, became Midwest chairman of JPMorgan Chase and Bank One Corp. to oversee post-merger operations from Chicago. ... "

Wikipedia: "Daley currently serves on the Boards of Directors of Boeing, Merck & Co., Inc, Boston Properties, Inc., and Loyola University Chicago. He also sits on the Council on Foreign Relations. He is the seventh and youngest child of the late Chicago Mayor Richard J. Daley and Eleanor "Sis" Daley, and the brother of the city's current mayor, Richard M. Daley and John P. Daley."
http://en.wikipedia.org/wiki/William_M._Daley

By Susan Beck
The American Lawyer

It doesn't look as if Jospeh Collins's Christmas is going to be any merrier this year.

As we described in a feature story in the November American Lawyer, Collins is the Mayer Brown partner indicted last December for allegedly helping client Refco Inc. perpetrate a massive fraud.

After that story ran, we wondered if Collins might have caught a break when the lead prosecutor, assistant United States attorney Neil Barofsky, stepped off the case when he was named special inspector to oversee the government's Wall Street bailout, and Michael Garcia, the United States Attorney for New York's Southern District announced that he was resigning to join Kirkland & Ellis. Would their departures make the government less interested in this unusual prosecution of a corporate lawyer?

Yesterday, Lev Dassin, the Southern District's acting U.S. Attorney, announced more charges against the 58-year old Collins. The new counts accuse Collins of helping Refco evade covenants in its revolving lines of credit from 1998 and 2003 in order to defraud a group of banks led by JPMorgan Chase Bank. (Download new_refco_charges.pdf.) Specifically, the prosecutors allege, Collins helped conceal guarantees that Refco was making as part of a series of “round trip loans” that concealed a massive debt. These guarantees were prohibited under the covenants, the government states.

The new charges against Collins aren't good news for Mayer Brown, which has been targeted in three civil suits because of its Refco ties and, as a result, faces potential damages of a staggering $2 billion.